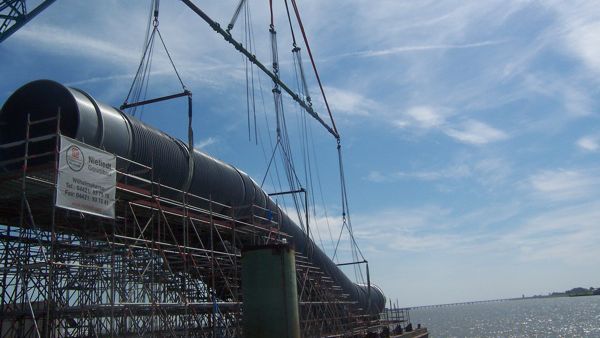 Handling breakbulk and project cargo requires heavy lifting capacity and ancillary equipment for loading and handling, from winches and tuggers to overhead gantry cranes and slings. Suppliers and distributors of lifting gear view the marine sector as one of their primary customers – one part of a diversified portfolio of clients that also includes manufacturers, utilities, construction contractors, millwrights and more.

Ace World, a maker of overhead cranes and a distributor of winches and pullers, has been increasing its presence in the inland marine and breakbulk markets in recent months; it was represented at the Inland Marine Expo earlier this year and will be at BreakBulk Americas 2016 in Houston at the end of September. Ace vice president Camron Ghanemi says that inland shows growth opportunity for the firm given major federal investment commitments to revitalize and modernize waterways infrastructure. In addition, he suggests the firm may expand into the distribution of new product lines for marine – for example, capstan winches for materials handling.

Ace’s largest contract ever was a 23-crane package for a steel mill in Alabama – but it has also sold heavy equipment to the marine market, like a 30-ton gantry for the Port of Chicago, and it is actively looking to grow in the breakbulk ports sector.

Separately, Lifting Gear Hire, the largest specialized rigging rental firm in the U.S., sees one major advantage for marine users of its inventory: LGH owns a vast selection of equipment, and leasing specialty items for specialty projects can make more sense than buying for just one or two uses.

As an example of an unusual breakbulk / project lift, LGH rented a large spreader bar and polyester slings to a New Jersey crane company which needed a safe way to lift an airplane onto the deck of the Intrepid, a retired aircraft carrier now used as a museum.

It was a high profile job with dignitaries in attendance. “[The spreader] and the polyester round slings that we rented worked perfectly,”  said TJ Inderwies, project manager with crane firm R. Baker & Son. “The slings were easily adjustable, which was great due to the challenge of creating our own picking point on the plane . . . You have to be careful where to place slings on a plane like this, some areas are made to be picking points, so to speak, and some areas aren’t.”

LGH is also active in Europe; as an example of services for European ports, the Port of Antwerp contracted for the use of LGH’s spreading systems for lifting nine 200-ton gas turbines from Siemens. The turbines were complex and sensitive pieces of equipment, and the use of the spreaders allowed the port to transship the high-value project cargo without difficulty.