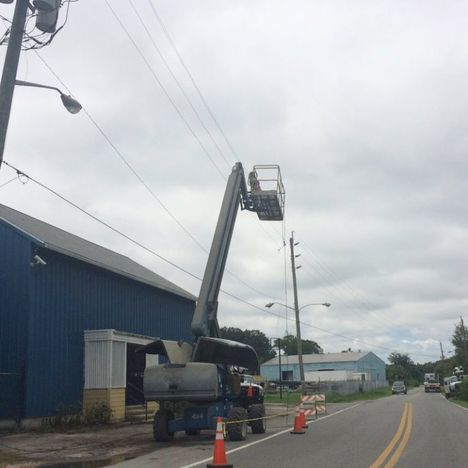 A man was preparing to paint an industrial building In the Jacksonville Florida, yesterday and was using a telescopic boom lift to carry out the work. But as he elevated the platform his head touched the high voltage overhead power lines, the current travelling down through his body, down the boom lift and out of one of the rear wheels to ground.

The scene shortly after the emergency services had departed

He was rushed to hospital in a very critical condition, and was eventually transferred to a specialist burns unit in Gainesville Florida, where another man was admitted on Tuesday having done a similar thing while working from a utility bucket truck. 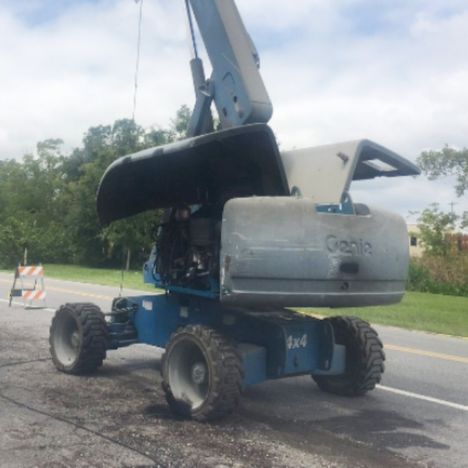 The electrical current ran through the man, down the boom and out of the rear wheel to earth

cording to the OSHA investigator, the man works for locally based Washington Painting Service which was contracted by the owner of the building NCS Properties. The platform a Genie 4×4 Boom is owned by Sunbelt Rentals, which is conducting its own investigation into the incident.