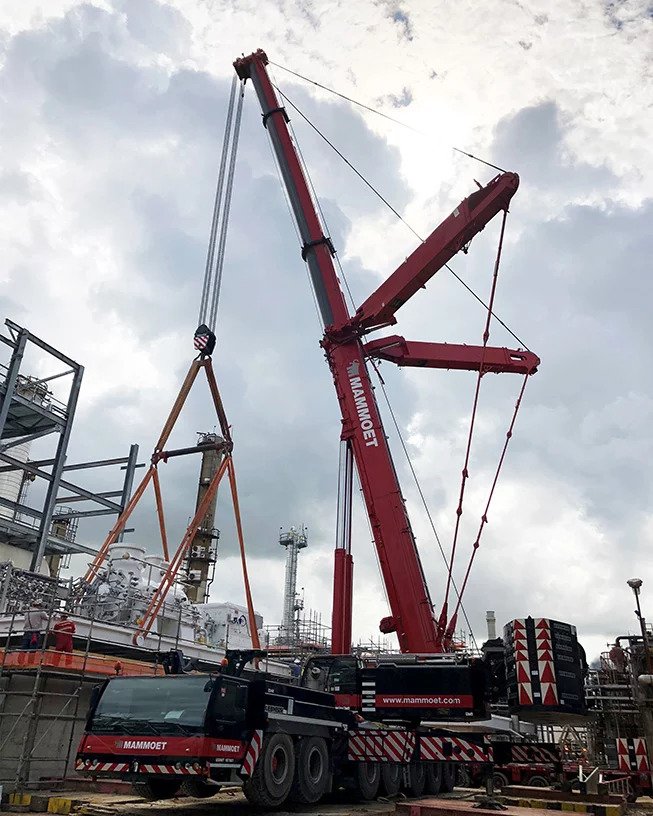 Mammoet recently completed a transport and lifting scope with challenging logistics at a Gulf Coast refinery. The rental division of the heavy lift and transport specialist was contracted to provide their services during an expansion project of the facility.

Utilizing several axle lines of transporters and a LTM1400-7.1 configured with TY boom, Mammoet executed 22 transports and 19 lifts within a highly confined work area. Occasionally facing mere inches of clearance, precise planning, smart utilization of equipment and careful execution ensured each activity was safely finalized. As a result, the scope was completed one month ahead of the originally scheduled completion date.

Mammoet deployed a single LTM1400-7.1, one of several cranes in its new fleet of rental cranes, to complete all 19 lifts. Due to the restricted space on site and several construction activities taking place simultaneously, the crane had to be relocated a total of five times to complete the entire lifting scope. However, the choice of the mobile hydraulic crane meant it wasn’t necessary to break down and reassemble the crane for every relocation. Its ease of maneuverability saved time between lifts, and the addition of the TY boom increased the capacity of the crane. This meant it could install all the heavy components, including the heaviest piece weighing in at 89 tons (177,500 lbs.). The LTM1400 -7.1 delivered maximum efficiency to the lifting scope, contributing to the earlier completion than originally scheduled.

The greatest logistical challenge was transporting a flash drum weighing 66 tons (132,000 lbs.) and measuring just over 18 meters (60 feet) within the confined space of the refinery. The drum was transported utilizing Mammoet’s specialized SPMT trailers and a custom-built transport frame for support. Along its route the drum encountered clearances measuring between 7 and 15 centimeters (3 to 6 inches), but the SPMTs ensured the load could be safely maneuvered with precision through the tight spaces. 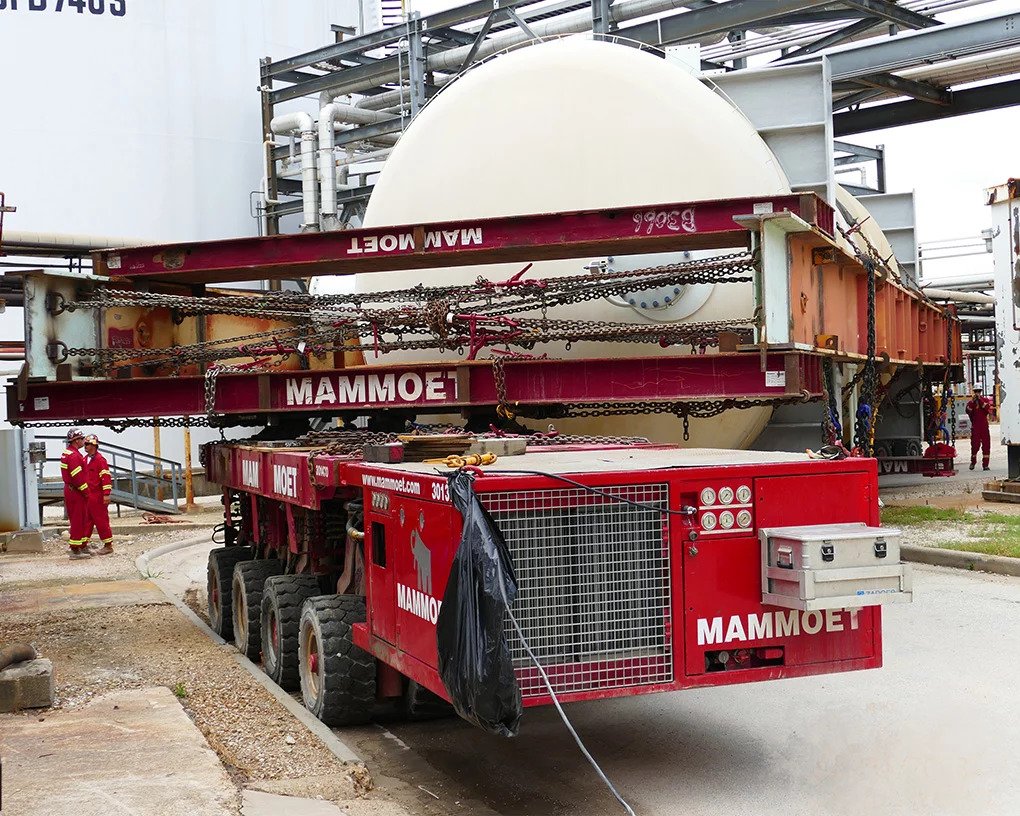 Pierre Mille, Branch Manager of Mammoet Americas Texas East, commented: “We are very happy to have been part of this project. It demonstrates the increasing demand for lifting and transport at smaller scales along the Gulf Coast area. For this reason, we have recently expanded our rental fleet of hydraulic cranes ranging from 15 to 600 ton capacity.”