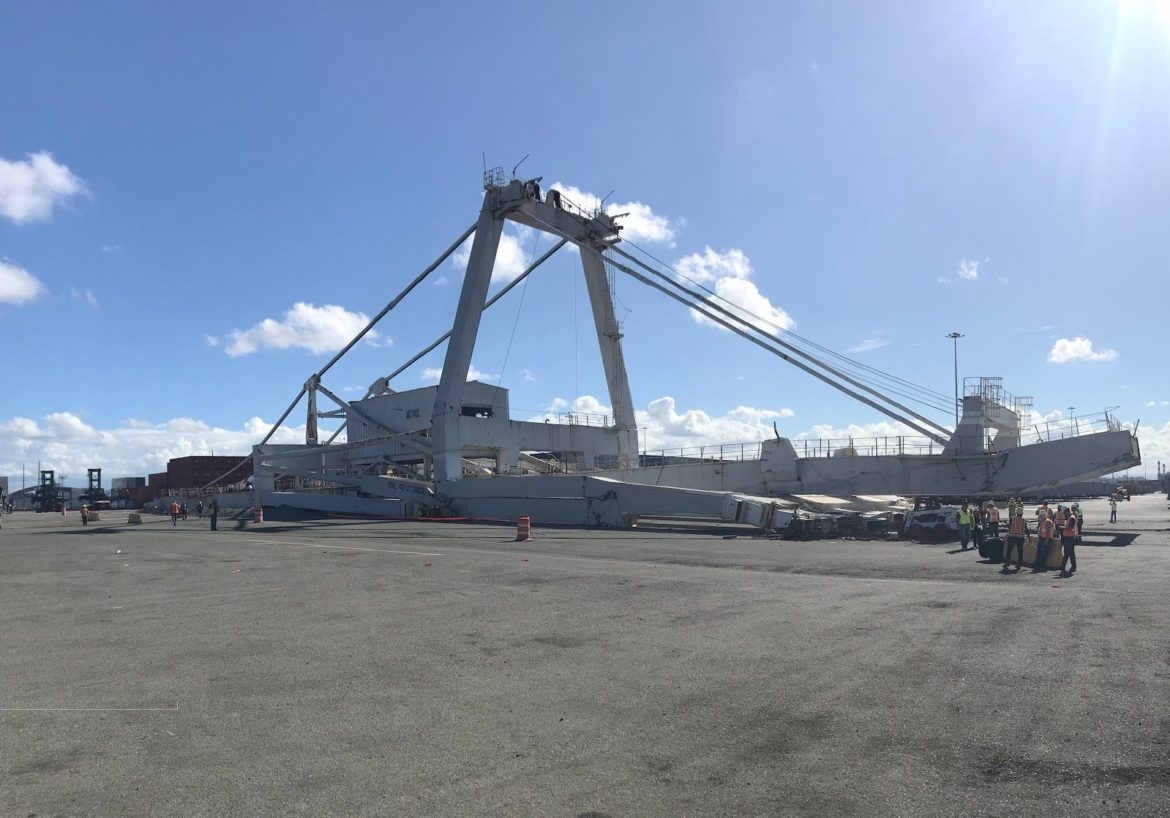 A heavily corroded Ship to Shore crane was demolished on Sunday October 28th 2018 in a rare crane
toppling event. Usually a crane is taken apart piece by piece, but the port decided that to save time they
wanted it toppled, which involved pre-cutting and wire ropes…large forklift trucks pulled at the wire ropes
until the crane eventually fell.

Dave Michou, President of SSA International (Port Owners) commented:
“It was gratifying to see GRT’s successful demolition of CMI #6. All went safely just as planned and on
schedule. The “DROP ZONE” was outlined and perfectly executed. This was a very professional job by
an obviously dedicated hard-working team of GRT technicians. There were issues that popped up on this
project as usually happens, but thanks to the teamwork & cooperation between our companies everything
was addressed promptly and satisfactorily to keep the project essentially on time & on budget.

Speaking on behalf of the SSA International group, we appreciate GRT’s conscientious efforts on this
project. This has been a continuation of the cooperation and success on the prior projects where our
companies have worked together. We look forward to continuing this relationship on the next few crane
projects we have on our agenda.”

GRT is a worldwide leader in engineered heavy lifting and transport and has a long history with this CMI 6
crane as they have moved it three times. It stood at 180 ft tall with the boom down and what made it so
unique is that it fits in only three ports in the world. Born in 1981, over its 37 year history the crane is
estimated to have lifted around four million containers.