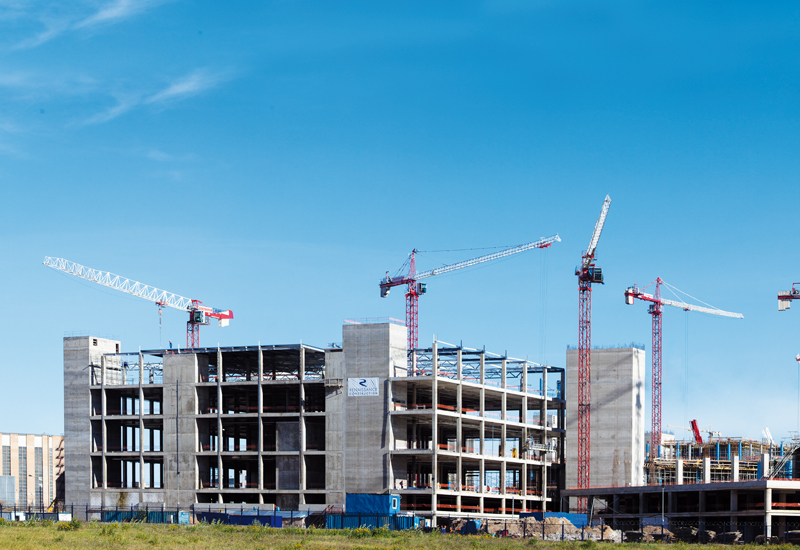 A range of Potainâ€™s top-slewing models, which have been selected for their versatility, are working at the Avia Park site in Moscow. The units have been supplied to the projectâ€™s main contractor, Renaissance, by Moscow-based crane rental company, Rentakran.

â€œWe immediately thought of Potain, which continues to build its reputation for producing the best quality tower cranes available in Russia. We are confident that this project will run smoothly with these cranes,â€ he added.

Once completed, Avia Park will occupy an area equivalent to 65 football fields at 463,000m2. The Potain fleet will spend the next two years lifting general construction materials at the Moscow site.

The units are being used to lift a variety of objects, including formwork, rebar, structural components, scaffolding, and facade materials.

The 11-strong fleet of Potain tower cranes is helping to lift general construction materials at the Avia Park site.