Pizza Ovens call in a Crane 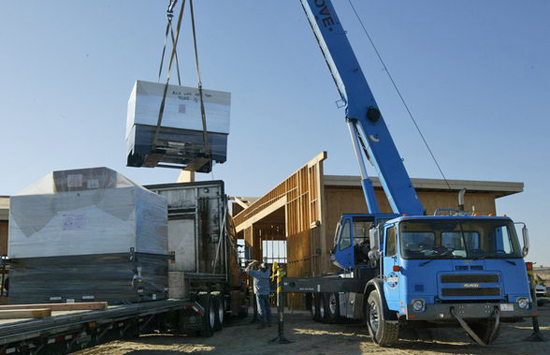