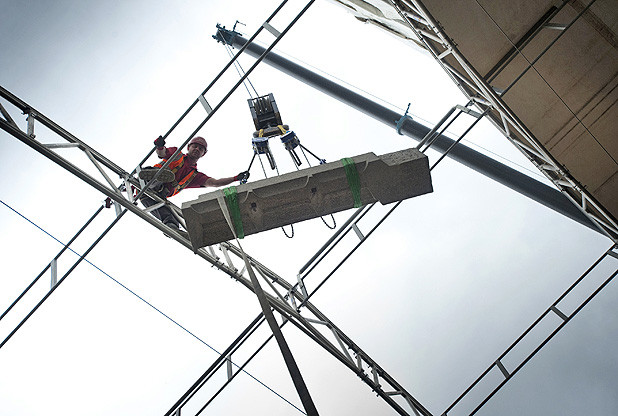 Â the National Trust has ever done.

The specialist 100 tonne crane was called to Castle Drogo to lift granite lintels, each weighing more than a small family car like a VW Golf.

Ever since the vast granite castle was built 100 years ago, it has let in the Dartmoor rain. With water pouring in from the roof, walls and windows, the situation was so critical by 2012 it was feared the building could have been lost. 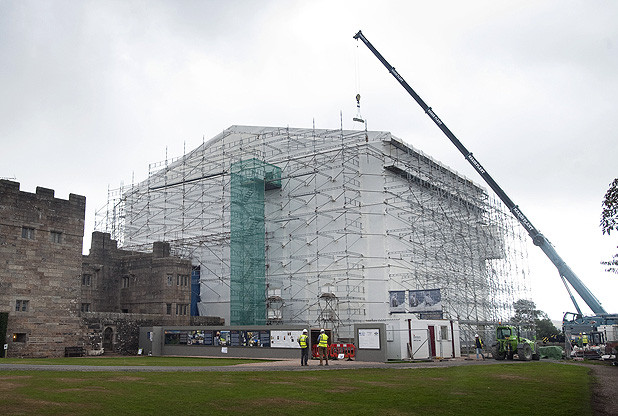 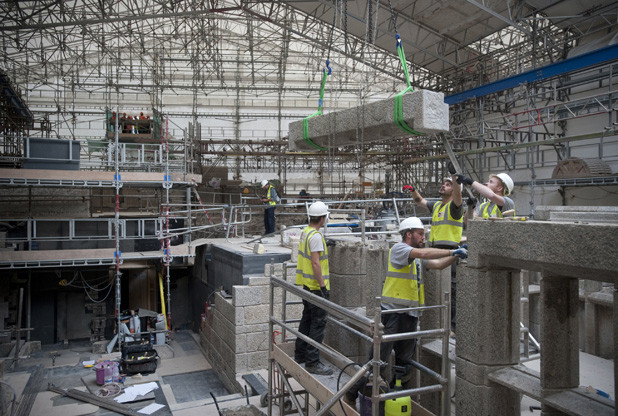 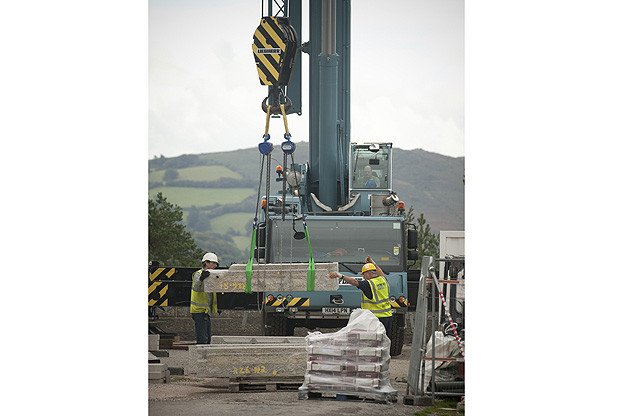 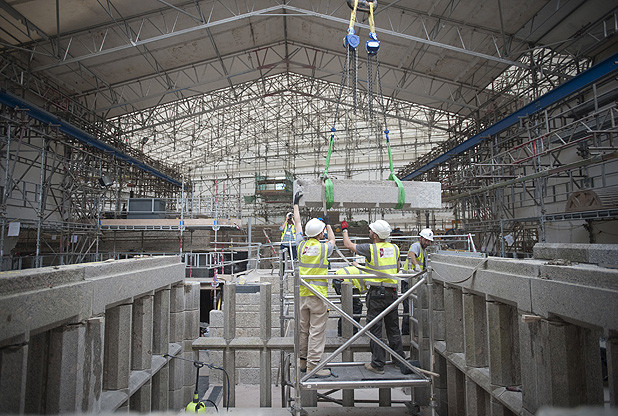 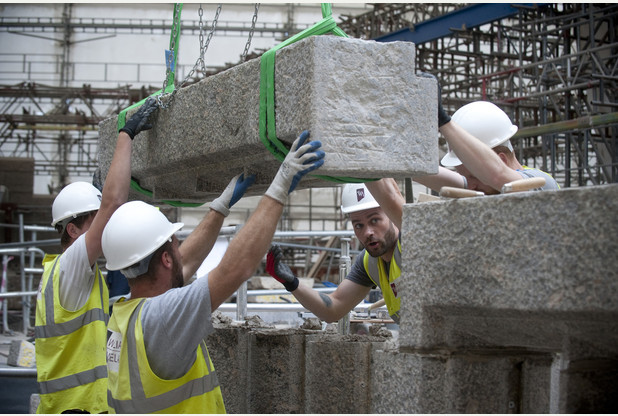 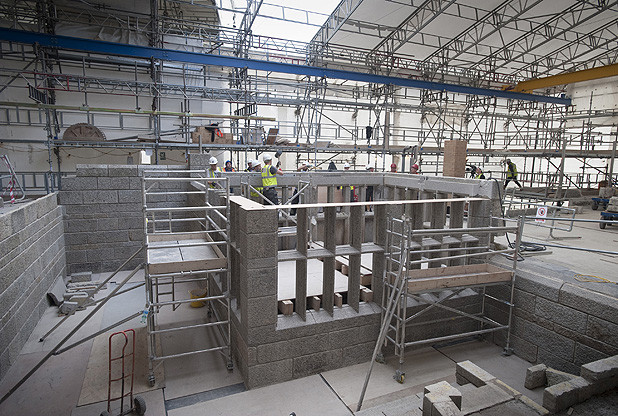 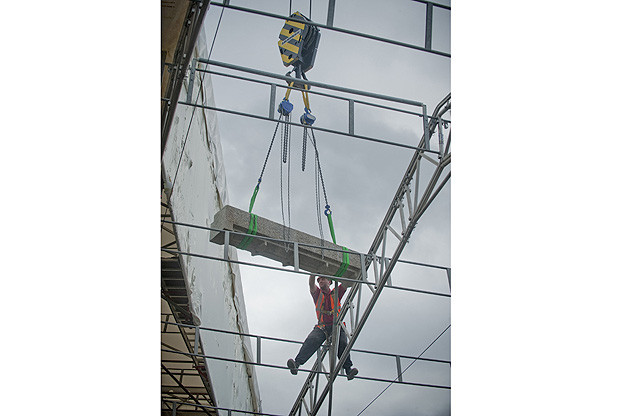 Following one of the biggest repair appeals ever launched by the charity, work on the roof and on interior damage is now well underway.

Tim Cambourne, project manager, told the Western Morning News: â€œThe lintels were removed a year ago and due to their massive size, cannot be lifted by the existing gantry crane which is part of the scaffold, so we needed a specialist piece of equipment to help us.

â€œThe clever thing about the temporary roof system is that we can â€˜unzipâ€™ it to provide access directly above the position to which the lintels are being returned. It means we can open the roof for the minimum time required.

â€œIt is every childâ€™s dream to get to watch a piece of equipment such as this crane in action,â€ said Mr Cambourne. â€œNo-one could fail to be amazed at the skill of the crane operator and stonemasons placing such large stones back so accurately.â€

The return of the lintels is regarded as a key point in the reconstruction of Drogoâ€™s south wing. And the Â£11 million repair project â€“ which will take over five years to complete â€“ is being seen as something of a draw.

â€œVisitors have been flocking to the property to see the castle literally being turned inside out at times,â€ said a trust spokesman.
Read more:Â http://www.westernmorningnews.co.uk/PICTURES-Castle-Drogo-s-essential-repairs-shape/story-23034461-detail/story.html#ixzz3F6LAwYw0
Follow us:Â @WMNNews on TwitterÂ |Â westernmorningnews on Facebook