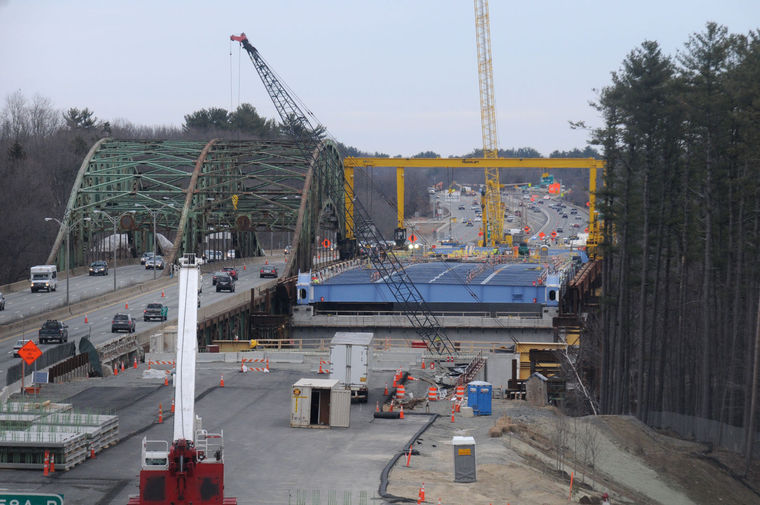 A look at the Whittier Bridge construction project, which is slated for completion in 2016. 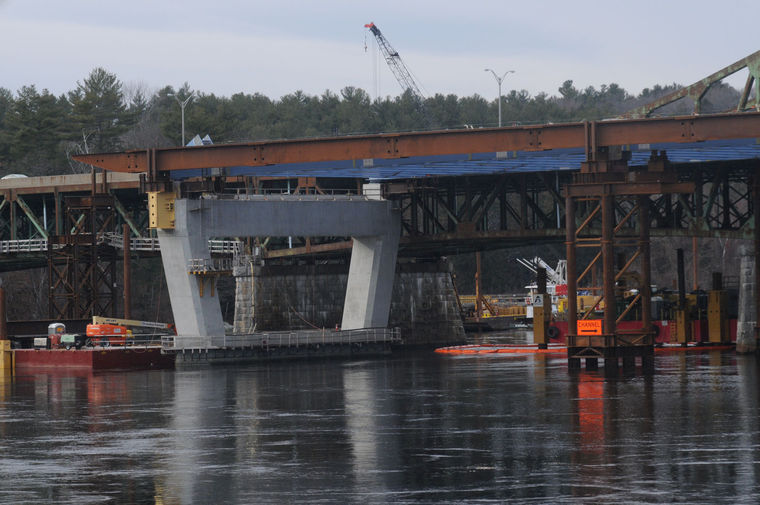 Barges have become an essential part of the Whittier Bridge project. A loading yard has been built on the Newburyport side of the river, near the cityâ€™s water treatment plant.

The new bridge will sit on formed concrete piers, unlike its predecessor, which can be seen in the background. The old bridge sits on stone-based piers. 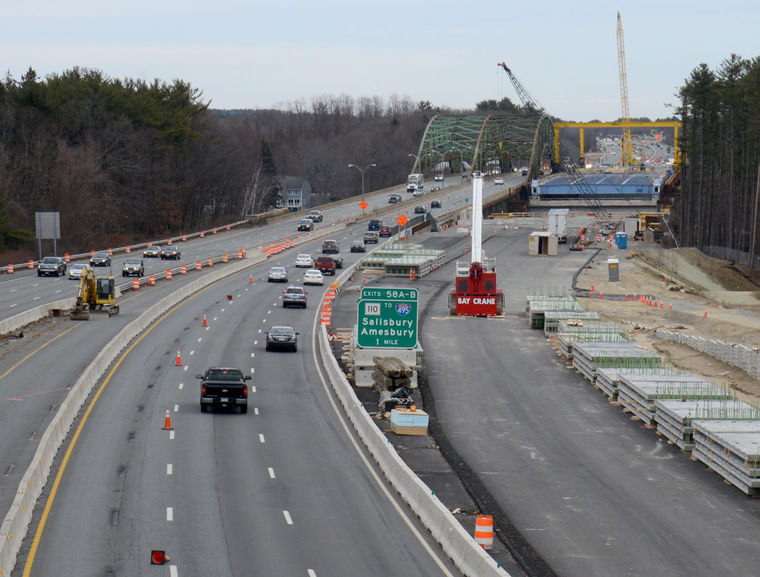 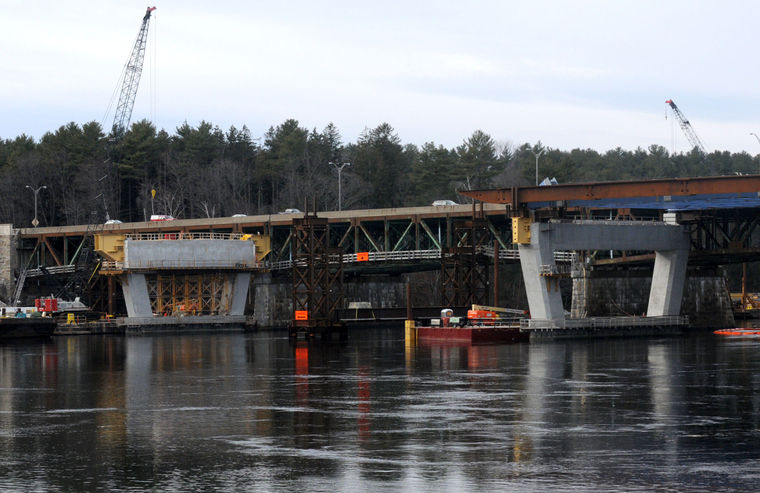 The new Whittier Bridge uses an entirely different design theory from its predecessor. One of the key differences is the reliance on a more stable and stronger structure that is far superior to the design of the 1950s-era Whittier Bridge. The old bridgeâ€™s structure uses steel trusses that are con…

The contractor has constructed a rail system to allow for the maneuvering of the â€œgantry crane,â€ a massive crane used to hoist the steel girders into place. The crane and rails can be seen in this photo.