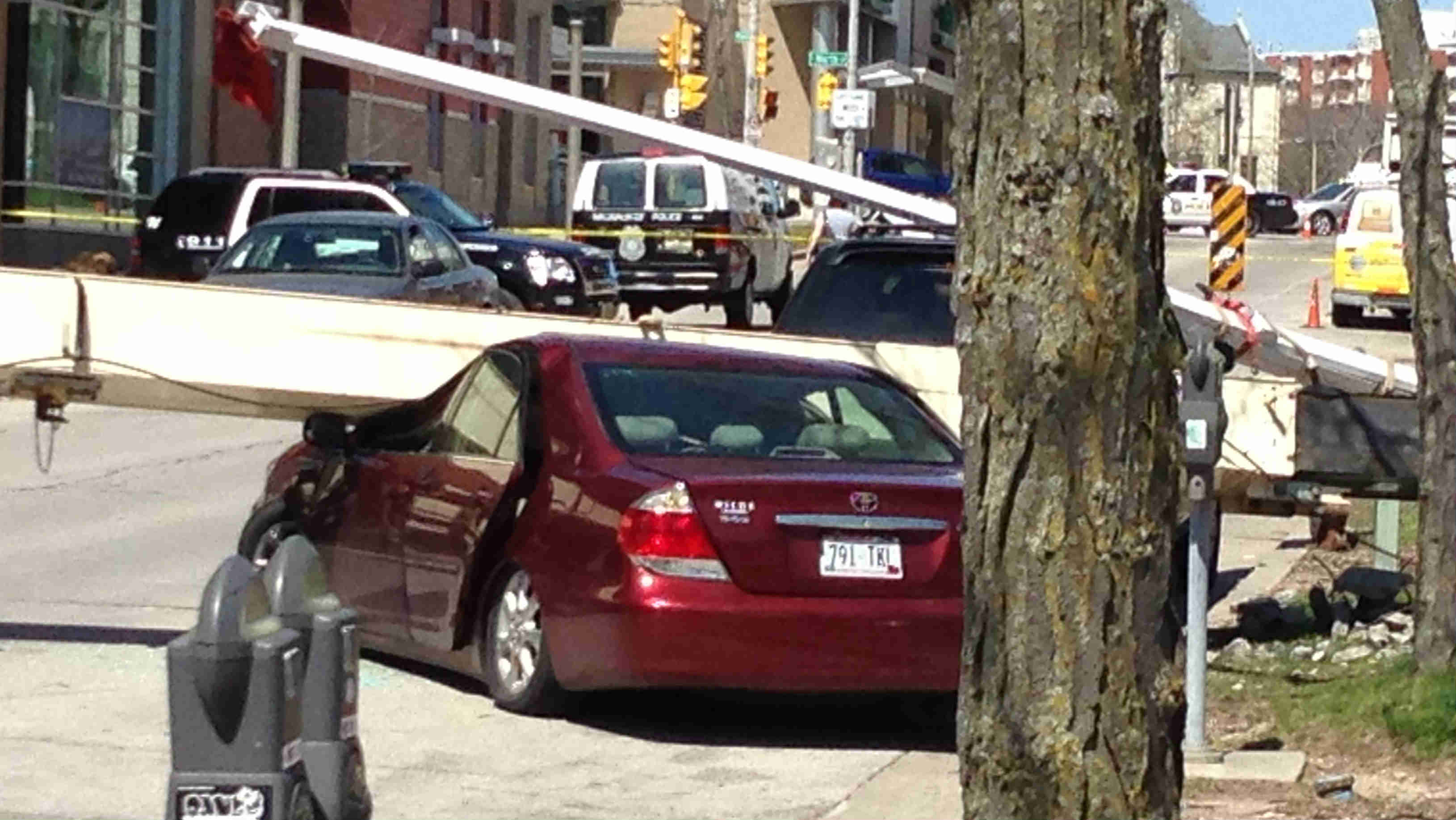 Milwaukee -Â CBS 58 obtained the Occupational Safety and Health Administration’s investigation into a company after a crane fell, narrowly missing a mother and her child. It also crushed two cars.

Witnesses say back in May a crane at 2217 N. Prospect Avenue blew over. A street lamp broke the crane’s fall and the couple and the car escaped injury. Witnesses on the scene said a mother and her baby dodged the falling crane.

CBS 58’s team combed through OSHA’s investigation into Tollefsen Steel in Muskego and found several serious violations with fines of $15,200. OSHA cited the company for not doing proper inspections, not having an operator’s manual, and not using attachments properly. A non serious violation included, “not properly training a worker who did signaling for the crane.”

Marisa McKay was there that day and says, “People should be more conscientious because there are lives in danger, it’s not all about making a buck. It should be more about public safety.”

CBS 58 contacted Tollefsen Steel about OSHA’s findings but they had no comment.

The company has 15 days to respond to OSHA’s investigation.

Watch a 1,717 pound pumpkin explode when dropped from a Telehandler