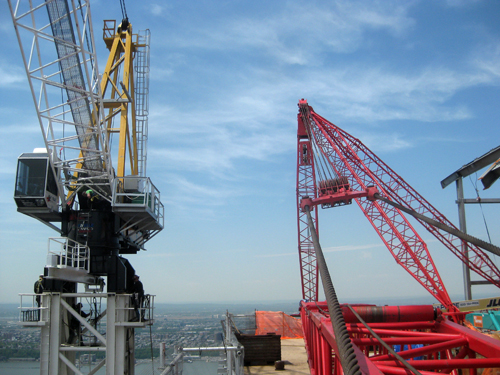 A number of construction industry, union and crane certification groupsÂ have arguedÂ for a change to the construction crane and derrick requirements, finalized in August 2010. They said OSHA’s interpretation of what “qualified” means did not reflect the intent of the industry committee that actually wrote the rule.

Graham Brent, executive director of the National Commission for the Certification of Crane Operators, says, “Certification is a very valuable tool.” However, certifying bodies cannot determine if an operator is actually qualified to operate certain cranes in certain configurations under specific conditions, he adds.

After several public meetings in April 2013, OSHA agreedto extendÂ the enforcement date of Nov. 10, 2014, so that certification requirements would not take effect during potential rule-making.

According to an OSHA spokesperson, the agency intends to publish a separate proposal focused on crane-operator qualifications that “will address much broader aspects of crane-operator safety.”

OSHA will receiveÂ public commentsÂ on the proposal until March 12, 2014.