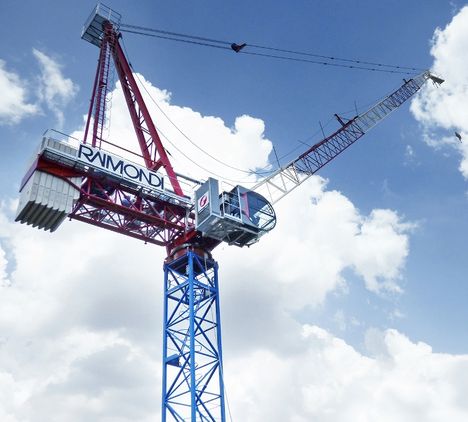 The new crane features a maximum 55 metre jib, with a choice of two new winches, both of which are designed for luffing jib crane duties, with the ability to stow up to 1,000 metres of rope. Both are fitted to the extra wide counter jib structure along with most other key components.

The 14 tonnes maximum capacity is possible on four parts of line with any of the jib lengths, which range from 28 to 55 metres, with a jib tip capacity at 55 metres of 2,250kg. The crane is also equipped with Raimondiâ€™s new deluxe R16 crane cab with all round vision. 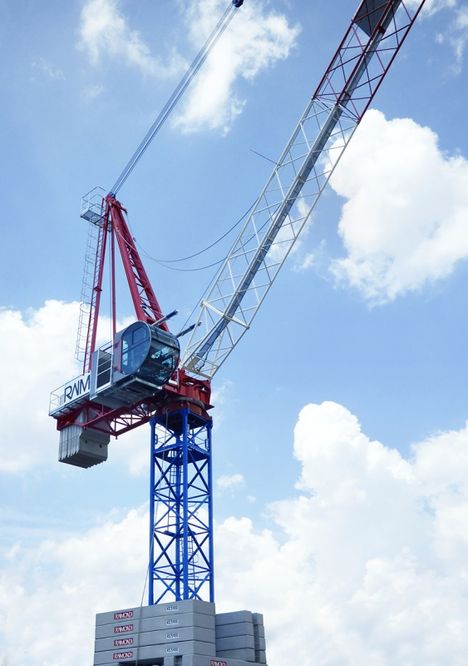 The new crane can handle 2,250kg at its maximum 55m radius

The first three cranes have been purchased by Spanish contractor Harina for the new 250 metre high JW Marriot Hotel West Bay in Qatar.

Raimondi technical director Domenico Ciano said: â€œThe LR213â€™s noteworthy aspects include impressive hoisting performance, flexibility, and easy maintenance. The crane can lift the maximum load without reduction of capacity with the full jib of 55 metres. This not only increases loading capacity, but also increases speed and additional rope capacity. There is flexibility in choice with the LR213 as two different new hoisting winches at 55 kW or 75 kW specifically designed for luffing cranes – to have increased speed paired with more control and more rope capacity at both power levelsâ€. 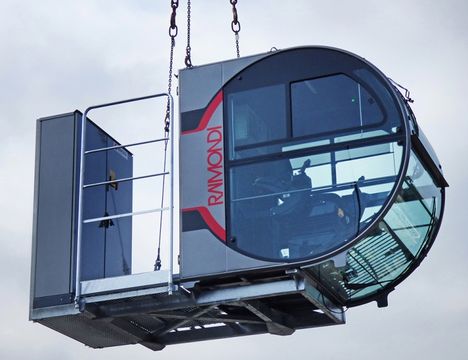 â€œThe craneâ€™s new control system and tie-rod will appeal to contractors, it is also easy to maintain, with hoisting and luffing winches mounted on the big counter jib platform. An increased counter jib surface is a result of the two lateral big service platforms. All the safety mechanisms and electronic devices are located on the counter jib, hence easy access for technicians and operators alike. Further, contractors will appreciate that the LR213 can lift its 14 tonnes on four falls at a working height of 250 metres.â€