Manitowoc has is putting the final touches to its new Product Verification Centre in Wilhelmshaven, Germany one year after announcing plans to build it. Cranes are already on site, and the centre is expected to be fully up and running over the next few weeks.

The new centre is based on a similar test centre at the Grove plant in Shady Grove Pennsylvania, and will principally cover the All Terrain cranes that are built at the Wilhelmshaven facility. 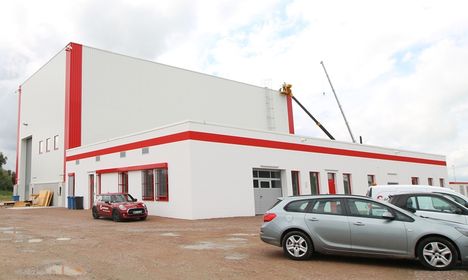 It includes four test pads which can all test and analyse the performance of an entire crane, a new salt spray chamber will check the corrosion resistance of components, and a series of automated dedicated test benches capable of testing slew rings and drive line component around the clock. Finally the centre also has a circular route for driving and roadability tests, along with a 15 to 25 percent inclining hill.

One of the four test beds

By separating the prototype testing from the serial production testing, we will save time and improve our speed to market,â€ added Andreas Cremer, global product director for all-terrain cranes.

The centreâ€™s director Malte Braunschweig said: â€œThe benefit of having this facility, along with the corrosion testing, hydraulic test benches and other testing equipment at the site is to guarantee a faster response and delivery to the changing market demands while ensuring greater return on investment for customersâ€. 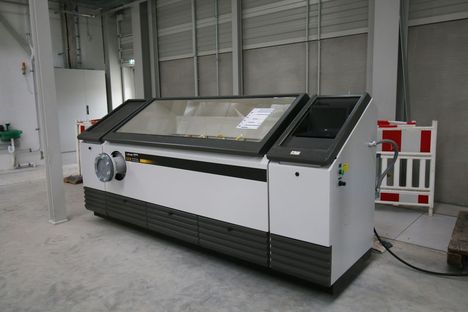 During the event Manitowoc also took part in the Jade Race, an annual quarter-mile drag race, the largest annual racing event in Wilhelmshaven. As the only crane participating a three axle 60 tonne Grove GMK3060, managed it in just under 42 seconds.