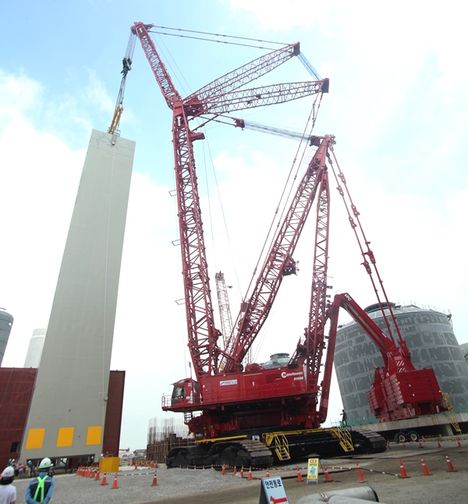 According to the report, given a more bullish view on Non-Resi Construction and positive result from out AlphaWise crane rental survey give conviction that they are on the cusp of a crane recovery. Potential is seen for an 8 percent upward revision to 2015 cons. EPS.

Â of MTW in Sept, the sole reason behind our EW recommendation was our skepticism around the timing of a Non-Resi recovery,â€ the report said. â€œHowever, over the past two months, we have become increasingly bullish on the end market outlook, on the back of improving leading indicators (Dodge, ABI) and growing Resi active community count (now happening for the first time this cycle). As such, we project 5% US Non-Resi investment growth, which should translate to 10%+ growth in Crane sales by 2015e.â€

Some highlights from the report include:

Â to peers vs. a 25% average premium during the last recovery.â€