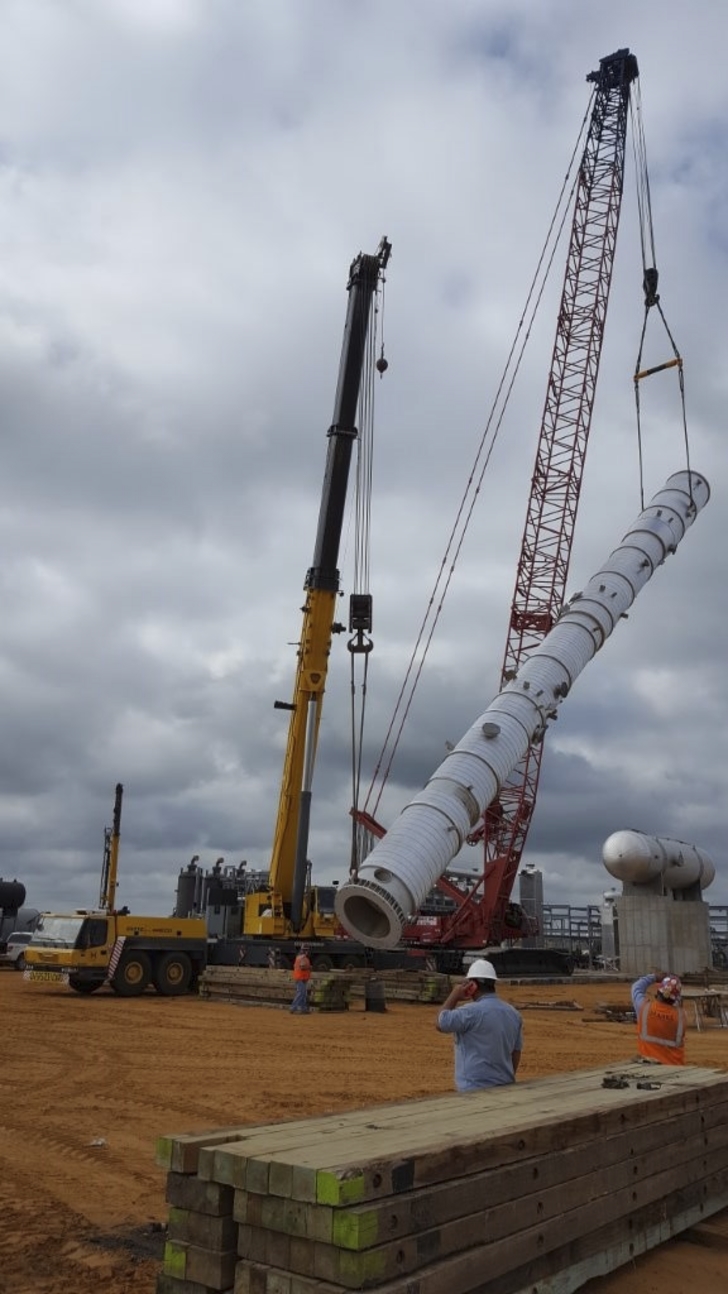 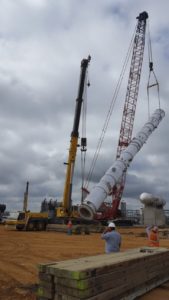 The Marks Crane and Rigging teamed up with sister company Crane Service, Inc to hoist a large 340,000 pound demethanizer tower. A 350-ton Grove GMK6350 and a 400-ton Manitowoc 16000 crane were both used to safely upright the large vessel in Cotulla, Texas.

Initially the lift involved some challenges with the logistics and the crane placement. However, these were overcome on the project site, according to Chris Martin, marketing coordinator, M-L Holdings Company Crane Group.