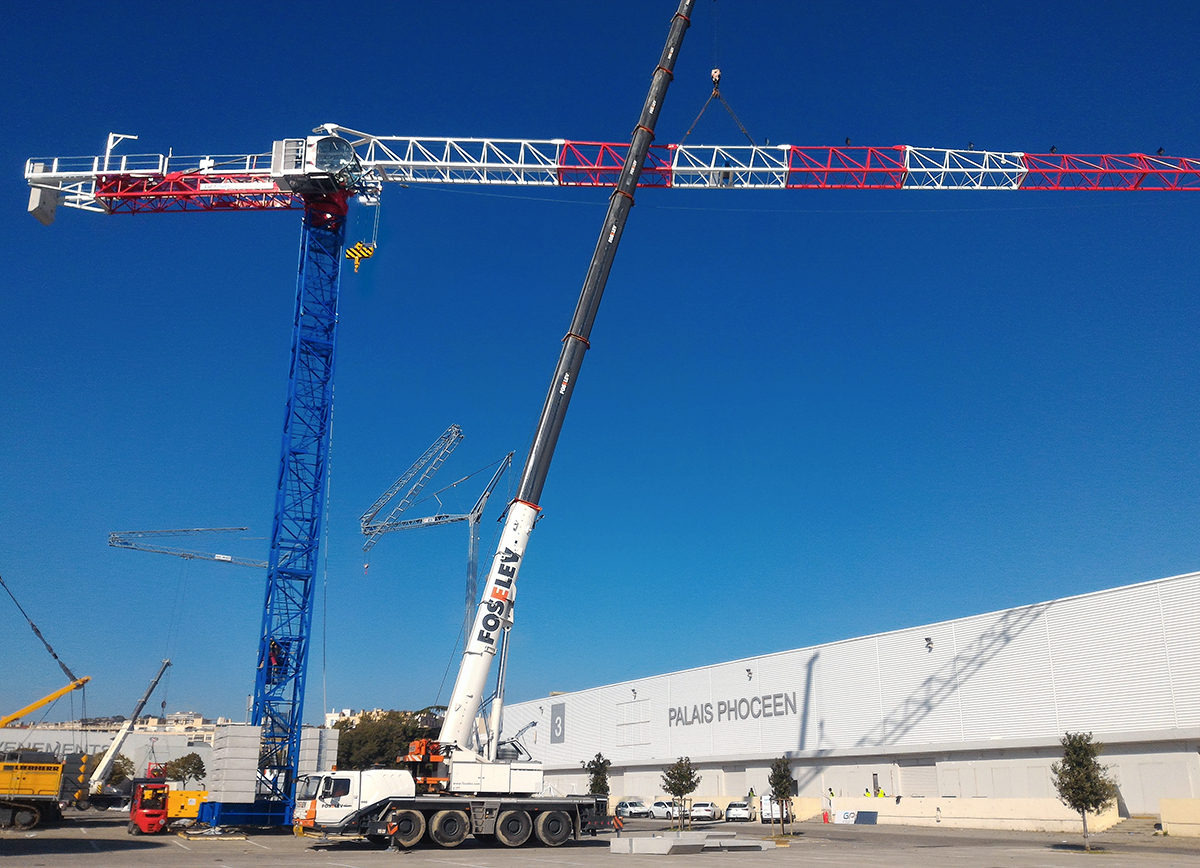 Raimondi Cranes SpA, established in 1863, together with the manufacturer’s exclusive French agent, GP MAT International, have erected a MRT223 tower crane onsite at JDL MED 2016 at Stand A12. Headed by President Frank Torchard, GP MAT International (GP MAT), was founded in 1994 and services France’s market from its Le Bignon headquarters, situated to the south of Nantes in western France. “As active members of the French construction community for nearly 25 years, GP MAT is proud to participate in this important B2B event that brings together sector influencers from across Europe. Joining me at JDL MED 2016 will be several GP MAT executives, as well as executive representatives from Raimondi’s Italian headquarters, including Technical Director Eng. Domenico Ciano who will be liaising onsite with industry professionals on behalf of the manufacturer,” said Torchard during the crane erection in Marseille. 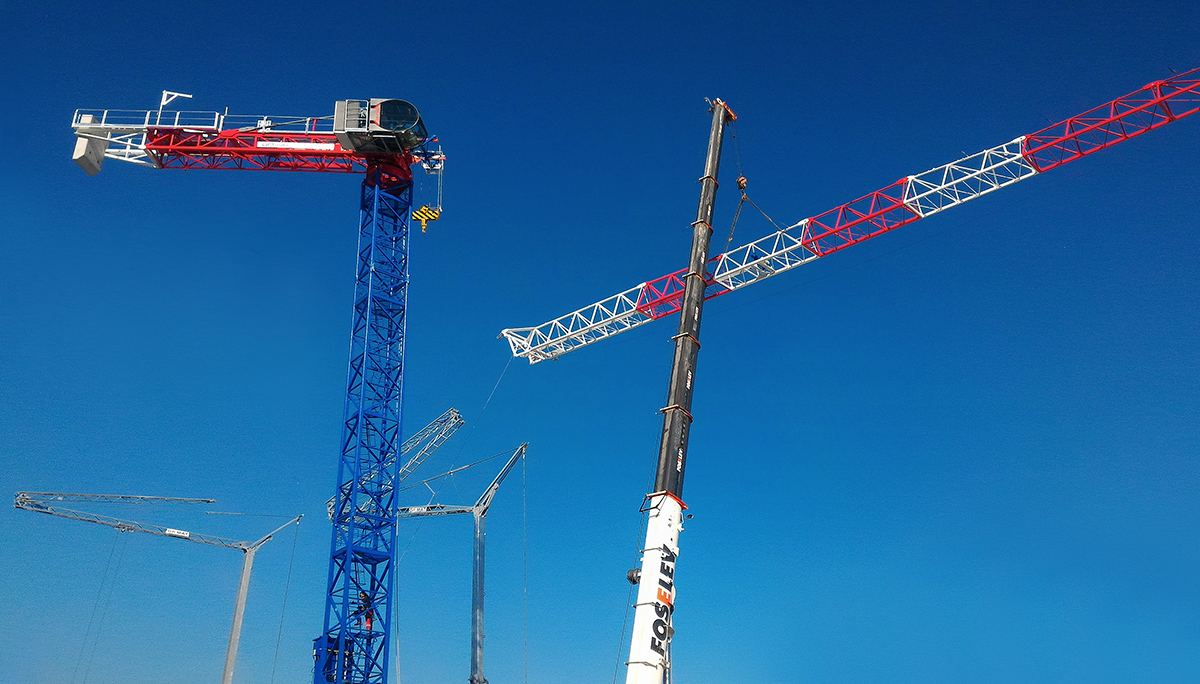 “We, together with our valued partners at GP Mat, opted to showcase the MRT223 due to the crane’s popularity in France. Referencing our historical sales data, approximately 30 percent of all delivered MRT223s went to the French market. Equipped with a 70 meter jib, the MRT223 is an easily-transported Raimondi flattop tower crane with a maximum capacity of 12 tonnes and a maximum tip load of 1.7 tonnes. The crane’s specifications include eight different jib length configurations – ranging from 70 meters to 33 meters –  paired with four different hoist winches available at different load capacities and powers ranging from 60hp (45kW) to 100hp (75kW),” explained Ciano. 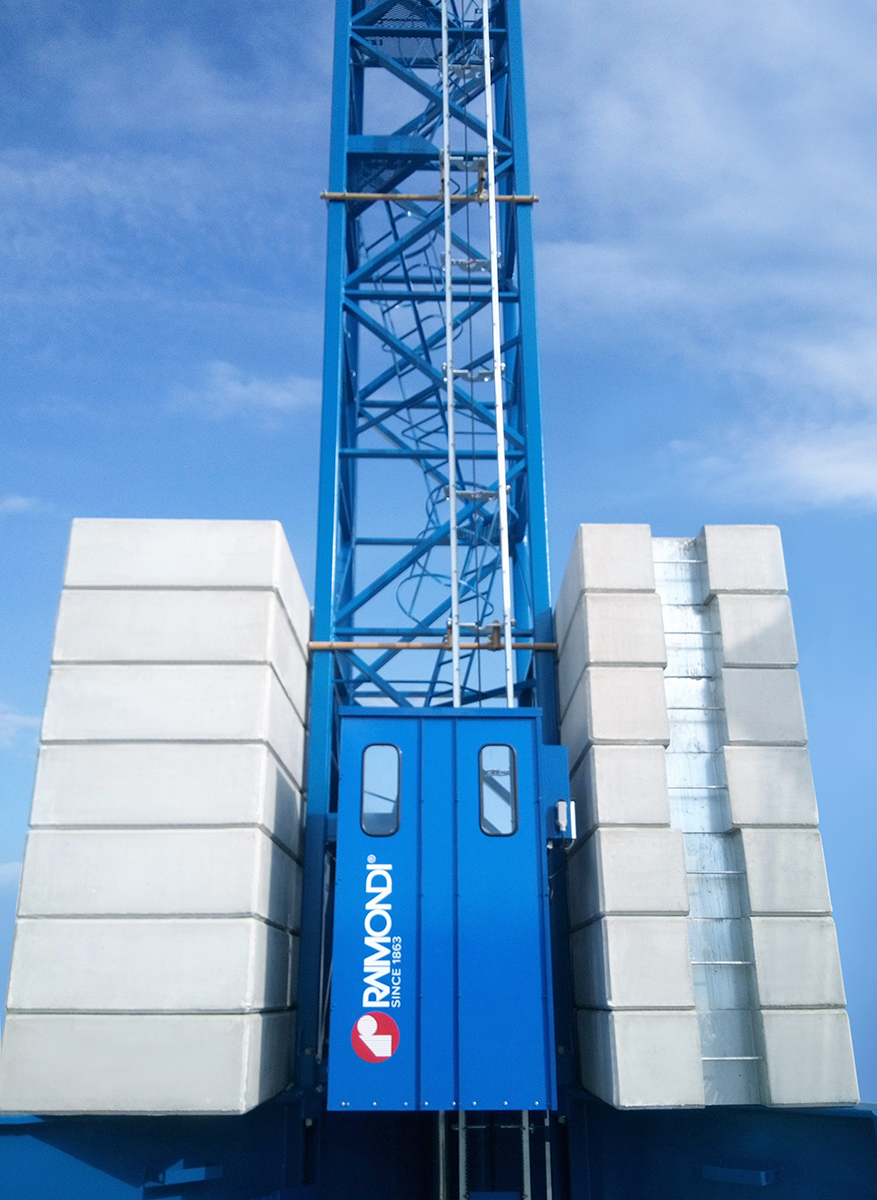 According to the organizers, JDL MED is the third-ranked European trade fair and looks to attract nearly 15,000 professional visitors from the construction industry over the course of three days. Staged at the Marseille Chanot Exhibition and Convention Centre, this year’s event takes place over 40,000 sq. m., and boasts nearly €70 million in signed orders at JDL MED 2014.