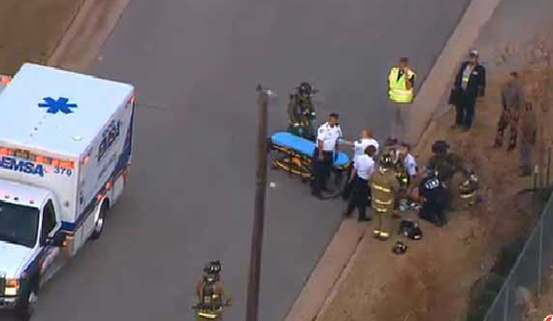 A crane operator is injured in anÂ industrial accident in southeast OKC.

It happened just before 5 p.m.Â near S.E. 29th Street and I-35. Police say a crane operator was injured after his crane hit a power line.

He was taken to the hospital in good condition. 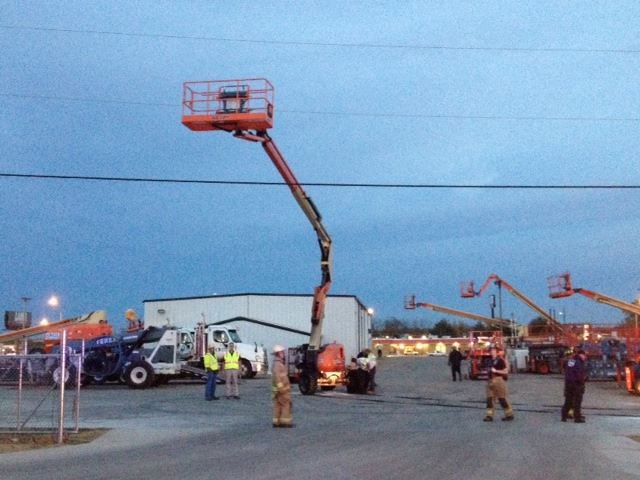 Emergency officials say a manlift operator jumped from this lift after it caught fire when it contacted power lines. 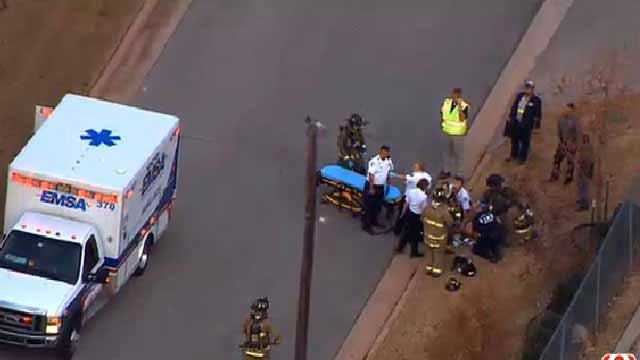