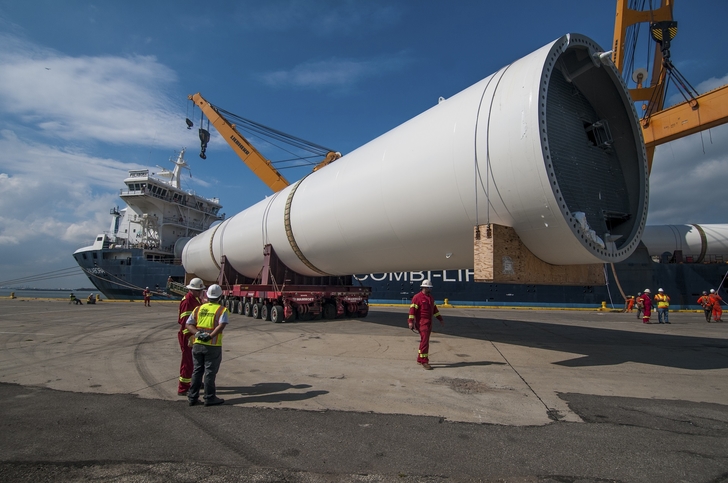 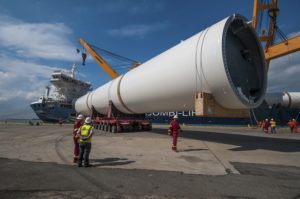 Mammoet has successfully transported the four legs of the New York Wheel. The legs, which were fabricated in Italy by Walter Tosto, were delivered to South Brooklyn Marine Terminal.

The New York Wheel is being constructed near the northern tip of Staten Island, about 35 metres from the shores of New York Harbour. Once completed, it will be the world’s tallest observation wheel at 192 m.

The construction and transport of the wheel components will be co-ordinated by Mammoet USA, which will engineer the multiple erection procedures, procure parts from all over the world and construct the wheel. The legs will be installed using Mammoet cranes and Mammoet self-propelled modular transporters (SPMTs). In total the company will erect 10,000 tons of steel.