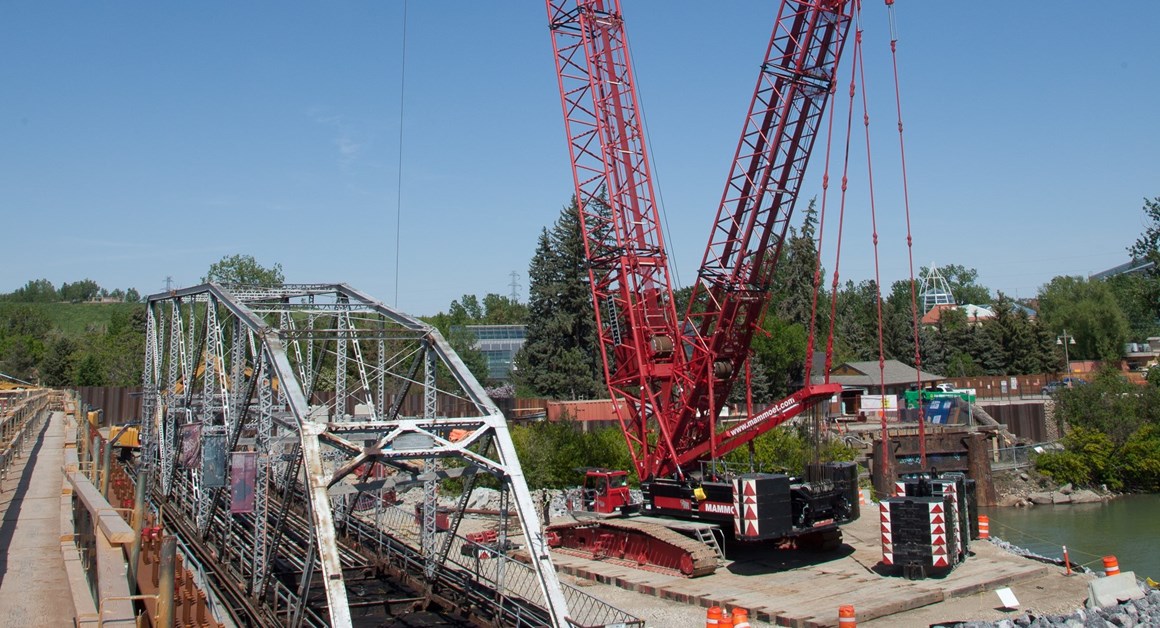 Mammoet successfully lifted and removed the historic 12th Street bridge from its foundation in Calgary, Alberta. The bridge, built in 1908, spanned the Bow River and was removed due to its age and deteriorated condition.

Weather delayed the original lift schedule, but when it cleared up, the bridge was removed in approximately 45 minutes and set safely down in an adjacent area to be readied for demolition. Adjacent to the old bridge, a new 12th Street bridge is under construction to maintain this important traffic and pedestrian link. Scheduled opening is due in the fourth quarter of 2017.

The primary engineering company determined the recommendation for hoisting the bridge without compromising the century old structure. Mammoet’s engineering and field personnel came up with a solution to securely lift the 12th Street bridge, measuring 252 feet in length and weighing 200,000 pounds, to meet those recommendations.

In other news, Mammoet used the ABC method to lift, transport, and place a bridge in Edmonton earlier this summer.