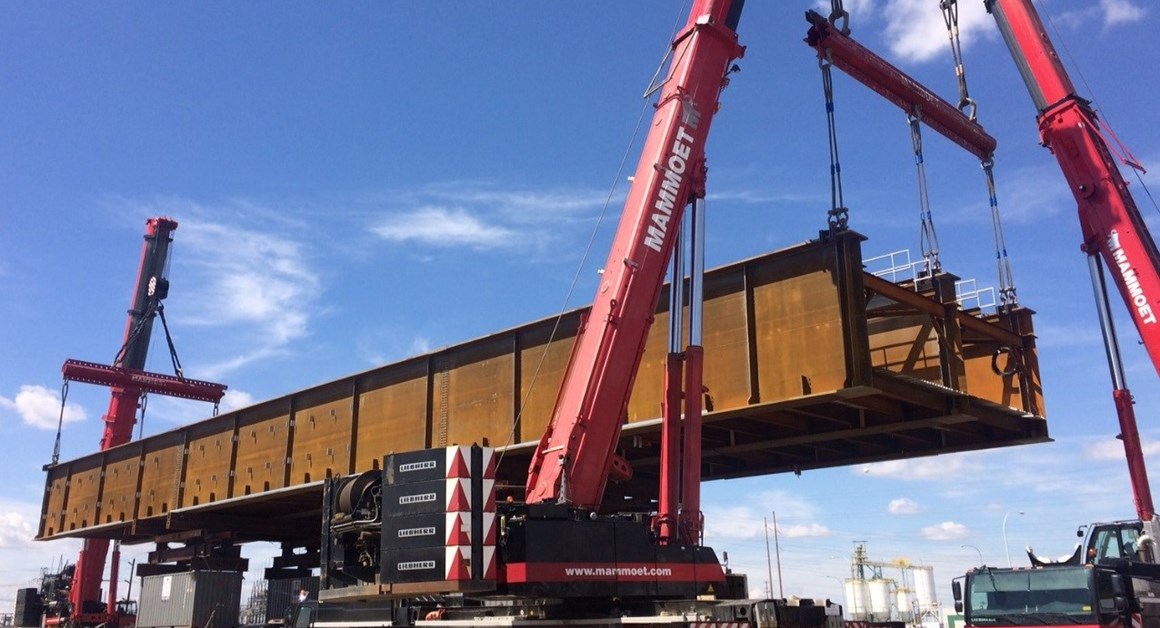 For the first time in Western Canada, Mammoet successfully lifted, transported, and placed a bridge structure. The structure weighs 385mt and measures 57.25m long and 11.4m wide with a height of 4.3m. The project, which took place at the end of May in Edmonton, was for Supreme Group.

The Accelerated Bridge Construction method, or ABC approach, was used. This allowed for the structure to be assembled away from the bridge foundations and in a controlled, but small, construction area. ABC is safer and more efficient than conventional bridge construction because it removes hazards associated with working near traffic and eliminates the need for working at heights. It minimizes congestion and traffic delays that would be associated with traditional construction methods.

Three cranes navigated the small construction site to lift the bridge structure and set it on 24 lines of a self-propelled modular transporter for transport and placement. A short execution window between 10 pm and 9 am was given, during which the road was closed to allow for safe passage of the SPMT. A smooth, swift operation moved the bridge structure into place and set it on its abutments within the allotted time. Subsequently, the road was opened again, ready for morning  traffic.