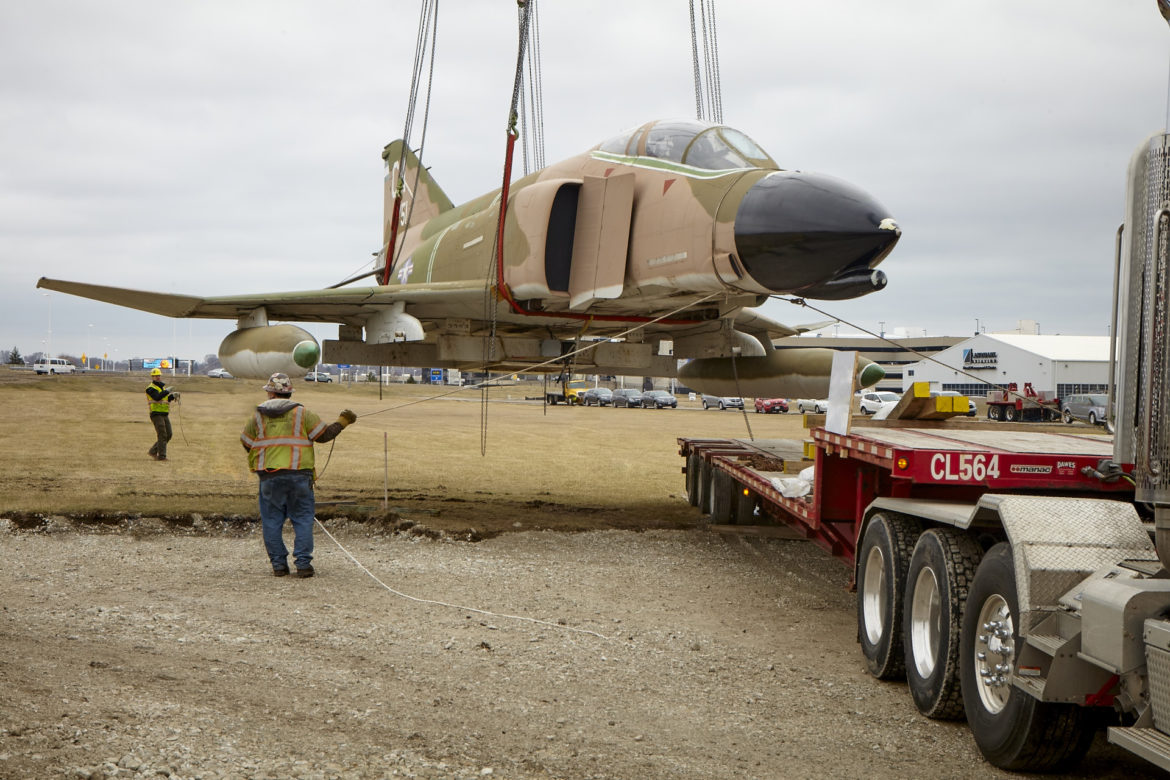 For more than two decades, at 440th Airlift Wing of the Air Force Reserve in Milwaukee, U.S. Air Force Captain Lance Sijan had been honored with a decommissioned, dedicated McDonnell Douglas F-4C Phantom jet fighter—a replica of the plane he was in when he went down in the Vietnam War at the age of 25.

When the 440th moved to Fort Bragg in North Carolina, Sijan’s sister, Janine Sijan Rozina, wanted to keep Capt. Sijan’s story alive and the symbol that represented him in his home state. Through her dedication and persistence, she was able to get the plane relocated to a new plaza at the entrance of the General Mitchell International Airport in Milwaukee, where it would stand as a memorial for those who have served and to represent his courage, sacrifice, and leadership.

Moving a 26,000-lb. plane is not a simple task. But gradually, Sijan Rozina assembled a team of contractors to make it happen. Each donated time and effort to the task. Dawes Rigging & Crane Rental, a member of the ALL Family of Companies, was a proud part of this team.

Planning began last summer. Joe Ruddell, Dawes’ sales manager, would pilot the team that would lift the plane, load it onto a flatbed truck, transport it through a shallow tunnel, and then lift and set it onto the foundation in the new plaza. Dawes’ 110-ton-capacity Link-Belt HTC 86100-XL truck crane, was chosen for the job, along with a 53-foot Manac expandable trailer from DST Inc. (Dawes Specialized Transport). The HTC 86100-XL was able to get close enough to the pedestals in both locations.

On a rainy, windy moving day, the truck maneuvered through a tunnel that was so tight, the plane barely fit through, even with folded wings. It the 18-foot-high space, 16.5 feet of it was occupied by the jet. Once the team reached the plaza, the Link-Belt truck crane lifted the jet off the trailer and set it onto its new pedestal, where it was bolted into place.

“We are extremely proud to be part of a community that recognizes individuals like Lance, and have been privileged to count ourselves as part of the team who made this project possible,” Ruddell said.