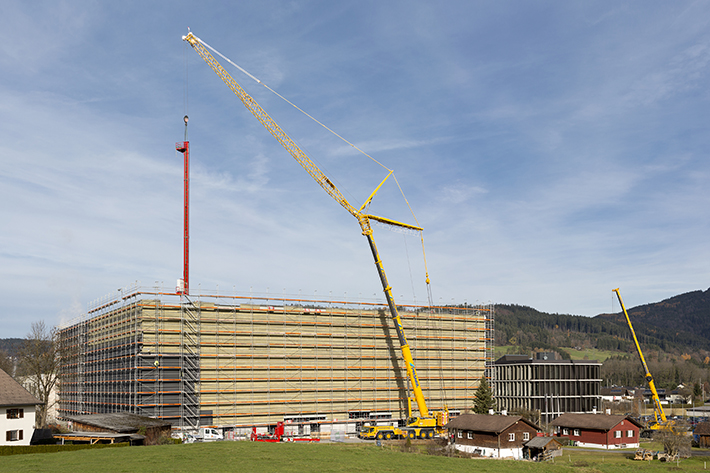 A Liebherr mobile crane operated by heavy haulage contractor Prangl installed several large storage and retrieval vehicles in a new high-bay shelving warehouse in Frastanz, Austria, a village in the west of the country near the border with the Principality of Lichtenstein. An LTM 1350-6.1 with a 42-metre luffing jib completed the work. 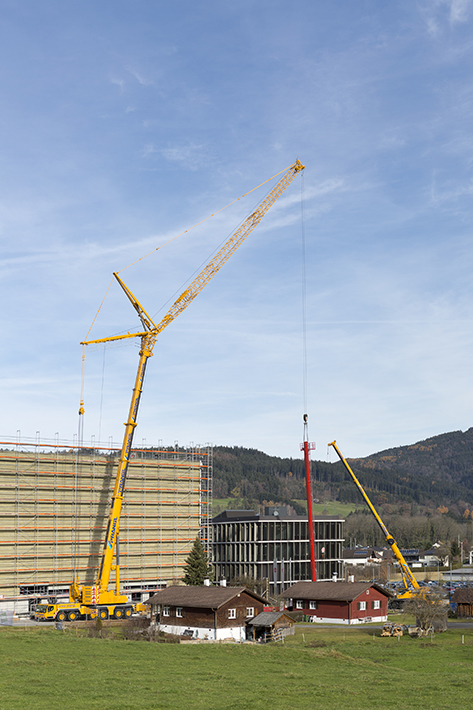 Teamwork – the element is swung vertically together with an LTM 1070-4.1 and prepared for installation.

The storage and retrieval vehicles weighing around ten tonnes had to be positioned precisely for installation through openings in the roof of a newly built high-bay shelving warehouse. The 28-metre elements were swung into a vertical position using a Liebherr LTM 1070-4.1 mobile crane, which also completed the set-up work on the larger mobile crane. A total of eight of these storage and retrieval vehicles had to be hoisted into the modern industrial building using radii of up to 40 metres.

To complete this job, the LTM 1350-6.1 was assembled with a 42-metre luffing jib and ballasted with counterweights weighing a total of 100 tonnes. Oliver Thum, crane expert in Prangl Technical External Services Department, was very satisfied on site with how smoothly the job was completed. 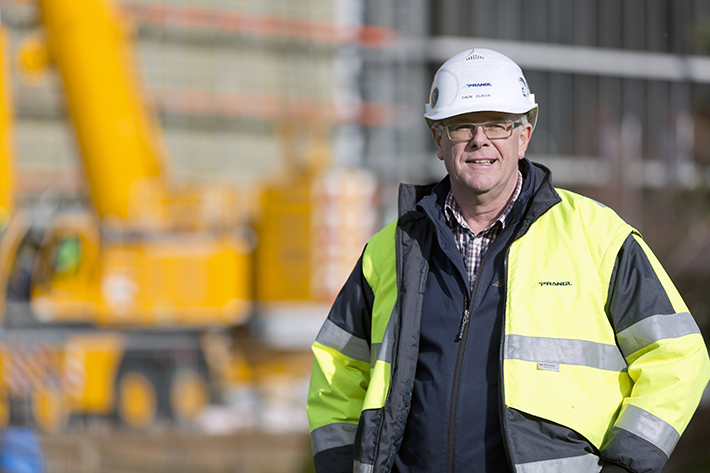 Crane service provider Prangl, one of the largest crane and heavy haulage contractors in Austria, is a long term partner of Liebherr. It has a fleet of over 200 cranes, with the majority being supplied by Liebherr. In addition to a large number of mobile cranes, the group also has around ten MK mobile construction cranes and Liebherr crawler cranes with lifting capacities of up to 750 tonnes. The company has a presence throughout Austria with its head office in Vienna and five other branch offices. It also has ten further subsidiaries in Hungary, Slovenia, Croatia and Slovakia.

Latest issue of Looking UP now available in digital format