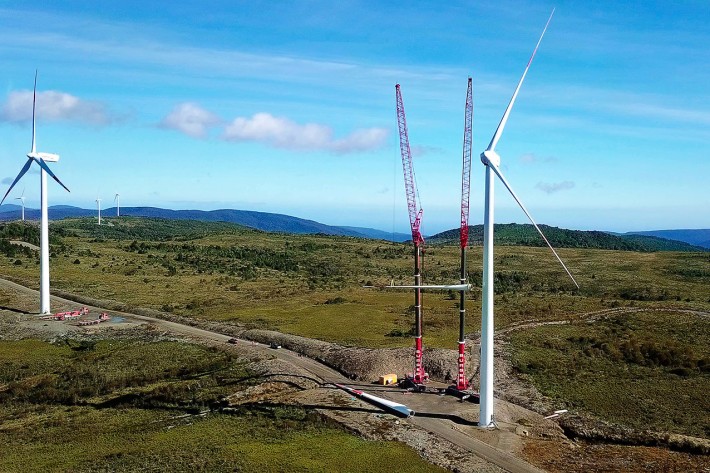 Chilean crane contractor Burger Grúas has had two used LTM 1500-8.1 mobile cranes retrofitted at the Liebherr manufacturing plant to suit the special needs of the numerous climate zones in the country. Currently the two cranes are erecting turbines at a wind farm in southern Chile. A new Liebherr LR 1750/2 crawler crane with the innovative SX boom system is already in action at a mine in the Atacama Desert in northern Chile. Later, it will also be used for erecting wind turbines.

Chile is a country of extremes – more than 6000 km of coast, lush green forests in the south, deserts in the north and mountains towering over 6000 metres in height. The challenges to mobile cranes are just as varied – with extremely low temperatures and thin air at high altitudes. 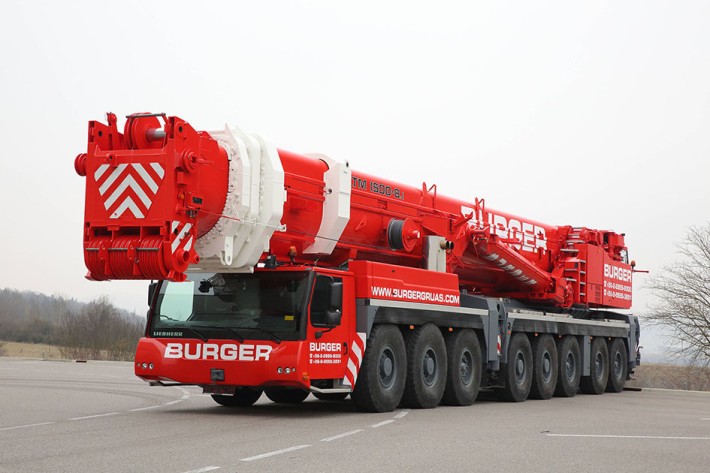 Built in 2009, but like new – the LTM 1500-8.1 was completely refurbished, repainted and signwritten by Liebherr.

Company owner Raul Burger says: “For us, it is important to be ready to work flexibly throughout the whole country. That is why we had Liebherr retrofit our two LTM 1500-8.1 cranes with low temperature equipment and an altitude package. Our cranes are often used in mines, which are generally located at high altitudes.”

Burger also had the two used cranes fully refurbished at the Liebherr manufacturing plant and also repainted and sign written. Burger continues: “To be able to use the full flexibility of the LTM 1500-8.1, we extended the 50 metre telescopic booms on both cranes to 84 metres using telescoping parts. We also had the cranes modified by Liebherr so that the telescopic booms can be removed easily for transport. That’s a real benefit for obtaining road permits. Furthermore, there are lots of bridges in our country which are only passable in vehicles under 60 tonnes.”

Burger’s new Liebherr LR 1750/2 crawler crane proves its worth at a mine in the Atacama Desert in northern Chile.

Burger has a clear crane philosophy. He has at least two of each mobile crane model so that he can swap components such as telescopic extensions and ballast weights. In fact, he has three LTM 1500-8.1 cranes in his fleet. In total, the company has 35 cranes with load capacities ranging from 30 to 750 tonnes and a maximum load moment of 9864 tm, most of them from Liebherr. The company has around 300 employees and also provides heavy haulage services.

The new LR 1750/2 crawler crane is now the most powerful crane in the company’s fleet and also the most powerful crane in Chile. It is currently at work in the north of the country at a mine in configuration SXLD3 98, a 98 metre main boom with lattice sections extended to 3.5 metres wide at the bottom section of the main boom and a derrick boom. Burger has already ordered special additional equipment to tackle wind power projects which have already been planned.