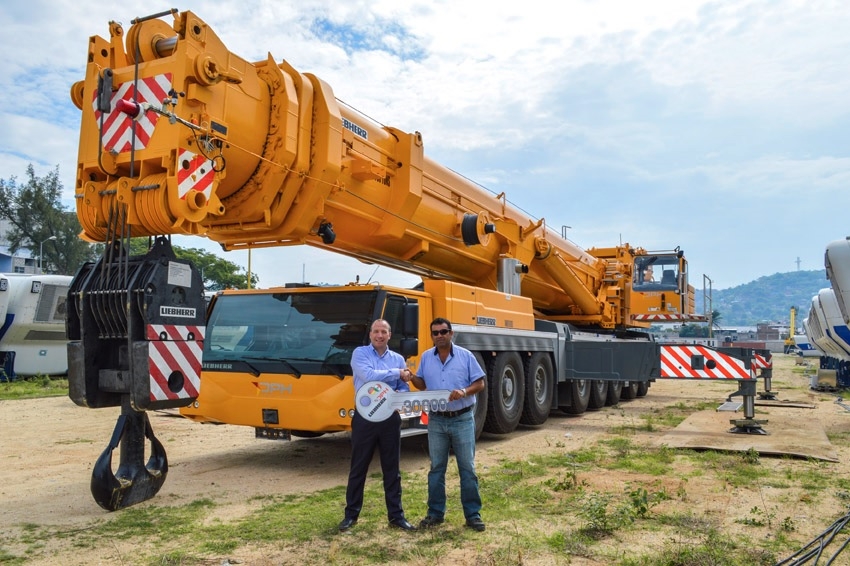 The 500-tonne capacity crane was supplied to the Mexican company Grupo DPH, a crane and heavy load contractor.

Explaining his purchase of the LTM 1500-8.1 as well as a Liebherr LR 1400/2 crawler crane, Jorge Fernandez, owner of Grupo DPH, said: “As Liebherr has its own location here in Mexico, I know that I can rely on the company’s after-sales service for my machines.”

The LTM 1500-8.1 was handed over in the port of Salina Cruz in the south of Mexico. Grupo DPH has a warehouse at the port which currently acts as a distribution centre for the wind power plant manufacturer Vestas. At the present time the warehouse contains 130 generators and hubs for wind turbines. These will be shipped to wind farms throughout Mexico and also to other countries within Latin America.

That meant that the first jobs were already waiting for the new LTM 1500-8.1 crane when it arrived. It shuttled between loading the generators at the distribution centre and a nearby wind farm where it erected tower segments weighing 68 tonnes. The next jobs for it include pre-assembly work for oil platforms.