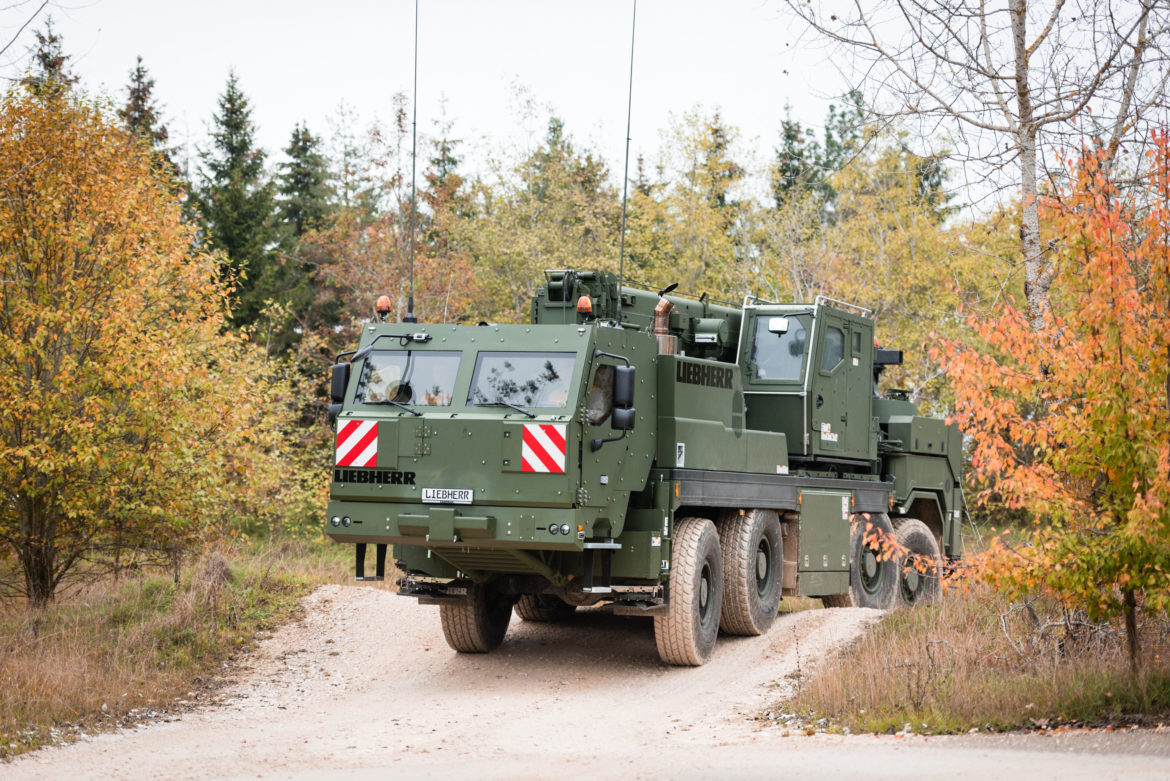 The order focuses on equipment that protects its passengers and includes 33 G-BKF armored recovery cranes and 38 G-LTM 1090-4.2 mobile cranes with armored driver and crane cabs.

Liebherr-Werk Ehingen worked with Rheinmetall, the leading European supplier of military equipment, on the armored cabs. The cabs protect the crew from ballistic, mine, and IED threats, and they also feature an NBC ventilation system. The superstructure cabs protect the crane operator from ballistic threats during crane operations. The two cabins are identical for the G-LTM and G-BKF vehicles.

Deliveries are due to start in the second half of next year and will be completed by 2021.

About the Armored Cranes

The G-BKF from Liebherr is an armored recovery crane on a four-axle mobile crane chassis. It has excellent off-road capability and great maneuverability. The G-BKF can be used flexibly and economically since it is equipped both to hoist loads and also to recover vehicles. Its 20.9-meter telescopic boom enables the G-BKF to handle loads up to 20 tonnes in weight quickly and precisely. Its two recovery winches and towing device at the rear enable it to recover and tow a wide range of different vehicles.

The G-LTM 1090-4.2 ordered by the German Army is a four-axle mobile crane derived from the standard LTM 1090-4.2 version with armored cabs. It has a 35.7-meter telescopic boom and a recovery winch at the rear. The order from the German Army involves 17 G-LTM 1090-4.2 cranes with 8.4 tonnes of counterweight, known as “heavy-duty mobile cranes,” and 21 units of the same model with 22.5 tonnes of counterweight with the designation “very heavy duty mobile cranes”. The order also includes container systems for transporting the cranes.