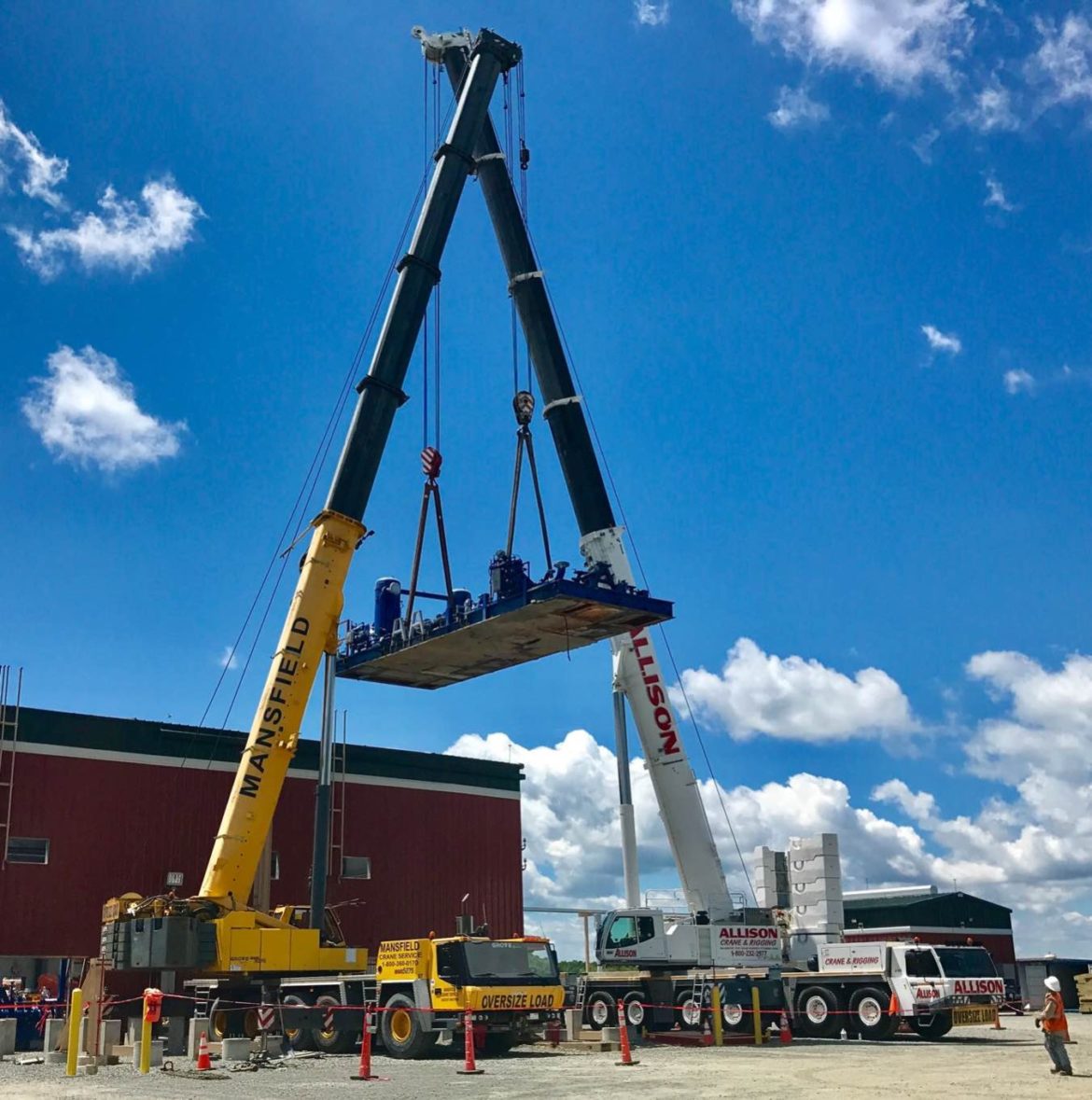 During the first week of July, Mansfield Crane Service was contracted to provide cranes, rigging equipment, and crews, as well as lift planning, management, and logistics, to remove four Caterpillar G3608 gas compressor packages from a booster station in the northeast core of the Marcellus Shale in Pennsylvania.

According to Trapper Wyman, owner of Mansfield Crane Service, the project required crews to first hydraulically jack the skids to free them from grouting. Then a 275-ton and 450-ton mobile telescopic cranes were used to lift the skids through the opening in the roof. Each skid frame weighted 180,000 lbs.

Time and state permitting were the biggest challenges. “This project was put together in less than 36 hours from the initial callout,” Wyman said. The job was completed in under a one week.