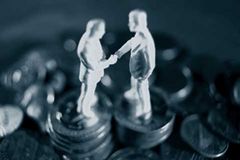 Crane manufacturer Kato Works will acquire fellow Japanese company IHI Construction Machinery. An agreement was signed on 25 October for a 100 % stock transfer from IHI to Kato. It is expected that the transfer will complete on 25 November 2016, Kato said.

Kato, established in 1895, manufactures wheeled mobile and small crawler cranes, plus small excavators and other machinery. Net sales at Kato were JPY 77,183 million (US$ 737 million) for the 12 months to 31 March 2016 when it had 662 employees.

IHI manufactures telescopic and lattice boom crawler cranes, tower cranes and other machinery for the construction industry. It also manufactures lattice boom crawler cranes for Terex Cranes as the HC series and had built its 500th unit by 2008. IHI was set up in 1952 as Ishikawajima Koehring Co as a joint venture with Koehring of the USA. IHI net sales for the 12 months to 31 March 2016 were JPY 22,086 million (US$ 211 million). Employees number around 300.

A Kato statement reads: “We expect that the product lineup will be enhanced in the synergy effects between our products and IK [IHI] products such as mini excavators, crawler cranes and other crawler equipment.”

The statement continued, “All current facilities and network, including overseas, will be kept without major changes for the time being. The two companies will be assimilated over time…”