Jack Shaughnessy Sr. concluded hisÂ keynote addressÂ at the Boston Catholic Menâ€™s Conference in 2008 with words that from someone else might have seemed like false modesty.

â€œIâ€™ve always been blessed with a very powerful and strong faith, and throughout my lifetime, everything good thatâ€™s happened to me and my family has been a gift from God,â€ he said. â€œSo I donâ€™t claim any particular shrewdness and or business acumen. I was never an MBA. I was just always a very, very diligent and hard worker blessed by God.â€

Under his leadership as chief executive, his familyâ€™s transport business, Shaughnessy & Ahern, and Shaughnessy Crane Service, a second company he started from scratch, took their places among the regionâ€™s most successful enterprises, but Mr. Shaughnessy reminded people that deep faith and good luck played large roles in his life.

He used his good fortune to become one of Bostonâ€™s most generous philanthropists, helping a host of agencies and causes ranging from the Laboure Center in South Boston to the Rodman Ride for Kids, Catholic Charities of Boston, and My Brotherâ€™s Keeper, a ministry that delivers food and furniture to families in need. 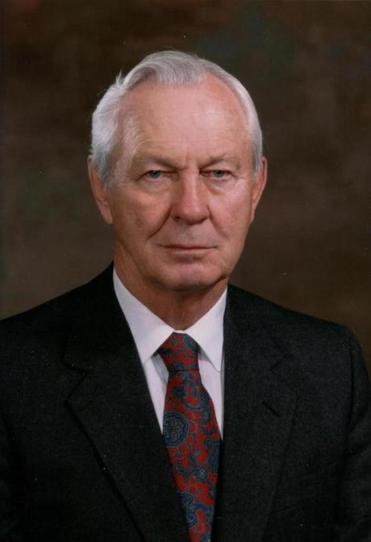 â€œIf there was a need, he was willing to help,â€ said his son Michael of Hingham. â€œThatâ€™s how he spent his life, and thatâ€™s how he taught his family and friends to lead their lives.â€

Mr. Shaughnessy, who friends and relatives say lived his life embodying the â€œGod loves a cheerful giverâ€ passage from Corinthians in the Bible, died Nov. 27 in South Shore Hospital of complications from respiratory illnesses. He was 86 and had lived in Milton for many years.

â€œEverything he did was about helping others who were less fortunate and in need and trying to do it as quietly as possible, never seeking accolades, except when he thought that by being honored at a dinner or accepting an award would help a charity turn around and raise more money for a particular cause,â€ said his son Jack Jr. of Hingham.

After Mr. Shaughnessy died, Monsignor James P. MoroneyÂ posted an entryÂ on the St. Johnâ€™s Seminary website calling him â€œone of the most generous and good-hearted men in Bostonâ€ and noting that he would be the first person the seminary would present the Archbishop John J. Williams medal.

Moroney recalled that when he told Mr. Shaughnessy not long ago about the impending honor, â€œin his usual humble way he suggested that someone else would be more worthy of the award,â€ which will be given posthumously in January.

Jack Connors, a philanthropist and a founder of the Boston advertising firm Hill Holliday, said Mr. Shaughnessyâ€™s life recalled a biblical passage about how Jesus â€œwent about doing good.â€

â€œThatâ€™s become one of my favorite quotes,â€ Connors said, â€œand Jack Shaughnessy went about doing good, just as was said about the Lord in The Acts of the Apostles.â€

Growing up in the Merrymount section of Quincy, John J. Shaughnessy was the second of four children.

He had taken the US Navy aviator program entrance exam on his 17th birthday, and after graduating from BC High in 1944, the military sent him to Williams and Tufts colleges. He graduated from the latter in 1946 through an accelerated program created during World War II.

With the war over, he spent a couple of years serving on a Navy destroyer before returning home â€œbecause the small family business was not doing all that well,â€ he recalled. â€œMy fatherâ€™s health was failing.â€

He started out at $35 a week, and his pay climbed after he married Mary E. Lagace in 1955. She had been a waitress at a Cape Cod restaurant when he stopped in with some of his Merrymount friends.

â€œHe asked her for a date,â€ his son Jack said, â€œand the next day he told his parish priest that he had met the woman he was going to marry, and he never looked back.â€

In the early 1960s, Mr. Shaughnessy â€œbought a one-man hydraulic crane,â€ he said in his keynote speech. â€œI thought it might be helpful to supplement my income.â€ That second business expanded dramatically and quickly.

â€œMerely by accident, or perhaps it was the blessing of God, all of a sudden I had a healthy, viable, growing, prosperous business, and I donâ€™t take any credit for it myself; I just happened to luck into it,â€ he said.

A setback in his business in the 1970s prompted Mr. Shaughnessy to look more closely at his faith, and when success returned, he shared his prosperity with those whose lives would never be touched by good luck.

â€œThe bottom line is that he was a man for others in the true Jesuit sense,â€ his son Jack said.

â€œHe had no idea how to say no to anyone or any cause,â€ his son Michael said.

In addition to his sons Michael and Jack, Mr. Shaughnessy leaves his sons Stephen of Cheshire, England, and James of Hanover; three daughters, Susan Harrison of Hanover, Linda LeRoy of Braintree, and Lisa Whalen of Quincy; 17 grandchildren; and seven great-grandchildren.

â€œHe told us he asked the Holy Spirit to give him 10 days notice so he could get his affairs in order and so my brother could get back from England,â€ Jack Jr. said. â€œHis last wishes were that he be buried on a Saturday so no one would miss work.â€

Mr. Shaughnessy never got over the death of his wife in 2008, said his sons, who noted that Friday would have been his 87th birthday.

â€œHe always thought he was blessed, but I think we were blessed to have him in our lives as long as we did,â€ Michael said.

Mr. Shaughnessyâ€™s life, said Connors, recalled a teaching attributed to St. Francis of Assisi: â€œPreach the Gospel at all times, even if you have to use words.â€

â€œAnd that was Jack Shaughnessy,â€ Connors said. â€œHe didnâ€™t speak in parables or in quoting the Gospel, he spoke with his actions, and people said: â€˜What an example he is. What a teacher he has become to all of us.â€™ â€

A crane, Russians and a tank. What could go wrong? (Video)

I had to move, really had to move, Thats why if you please, I am on my bendin knees, Drilling cranes ready to find out what’s blocking Bertha.