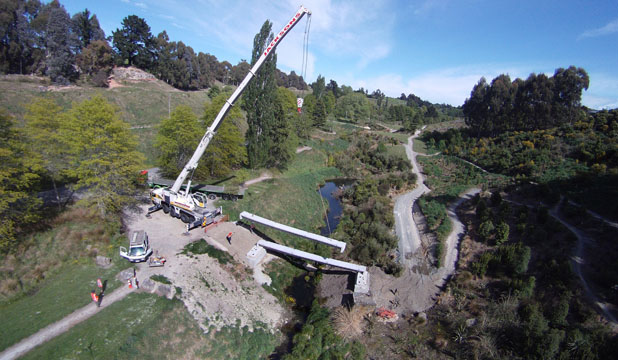 Walkers and cyclists should have a new bridge at Centennial Park next week.

“It’s replacing an ageing but well-used bridge at the park. It’s a very popular spot for cyclists and walkers,” he said. “It’s progressing well, the contractors are just putting the final touches on it.”

The bridge will be about six metres long and replace an existing bridge on a cycling and walking track in the reserve.

Mr Steans said the new bridge was made from concrete, rather than wood. He expected the work to cost about $40,000, but local firm Jacksons Cranes had donated some of its crane time towards the project.

Jacksons Cranes owner Dave Jackson said this was done for the community good.

“I’m a bit of a keen cyclist and walker, so I’m just as likely to use the track as anyone else. We were happy to help out in a small way as we carried out the other haulage work,” he said.

Mr Steans said the firm’s donation probably saved “a few thousand dollars”. He hoped the bridge would be ready in time for the 12-hour mountain bike race around the park on Saturday. 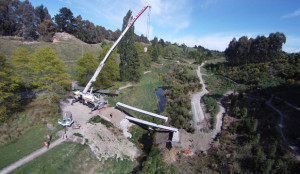 The Terex Demag AC55 is an agile all terrain, city class crane. Â Featuring all wheel drive and all wheel steer. This machine will access sites where other cranes would not even dream of trying. Â With diff locks, a powerful torque converter and aggressive grip tyres the AC55 is just as at home in the urban environment or the rural sector.