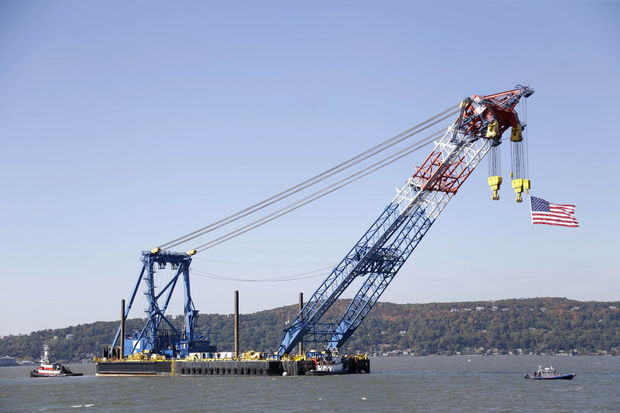 The Left Coast Lifter, which has a boom that extends to about 328 feet, can hoist big chunks of bridge that will be built at a factory and floated to the site, greatly reducing the time and cost of construction, said Gov. Andrew Cuomo, who marked the arrival with U.S. Rep. Nita Lowey and other dignitaries.

The floating crane can lift 1,900 tons, or 12 times the weight of the Statue of Liberty. Without it, crews would have to load smaller sections using a series of smaller cranes.

“I’ve never had a deep emotional connection to a crane before. But I want you to know that I truly am in love with this crane,” the governor gushed aboard a boat in the middle of the Hudson River. “”Any crane that saved the state of New York over a billion dollars, I love.”

The new $3.9 billion bridge between Rockland and Westchester counties is slated to open in 2018. It’s about 24 percent complete and about 65 percent of the piling has been installed, officials said.

The existing bridge north of New York City, which carries about 140,000 vehicles daily, opened in 1955 and will be torn down.

The Left Coast Lifter, nicknamed “I Lift New York,” had been berthed in Jersey City, New Jersey since January. It previously underwent a 6,000-mile journey, while shrink-wrapped for protection, from San Francisco and through the Panama Canal, where it paid a reported $70,000 in tolls.

The $50 million Lifter was built in 2009 with a specific task in mind â€” replacing the earthquake-damaged section of the San Francisco-Oakland Bay Bridge. While in San Francisco Bay, the crane also lifted an old sunken tugboat from the bay bottom, helping to end an oil spill. 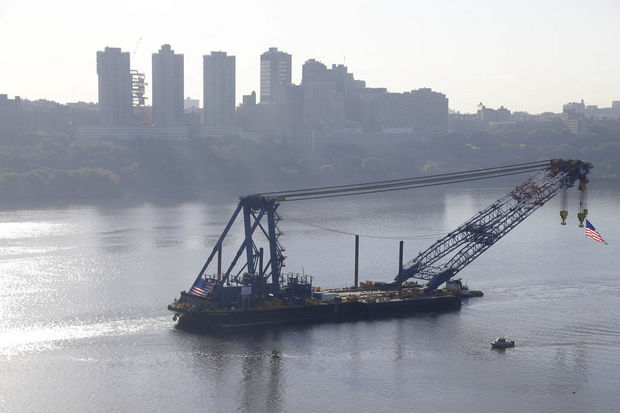 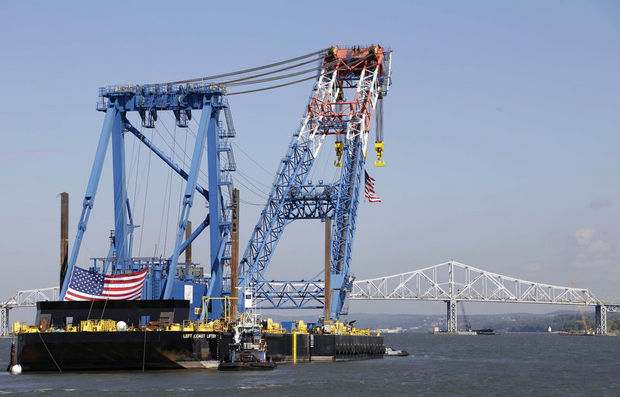 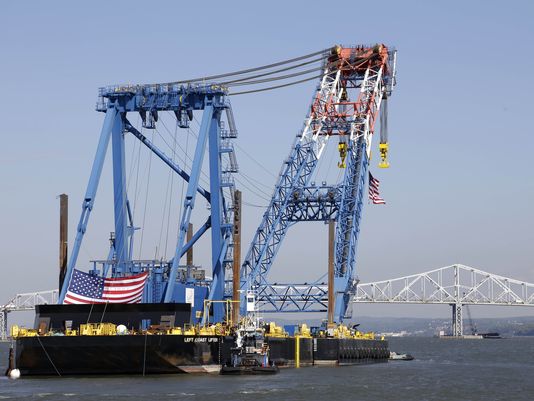