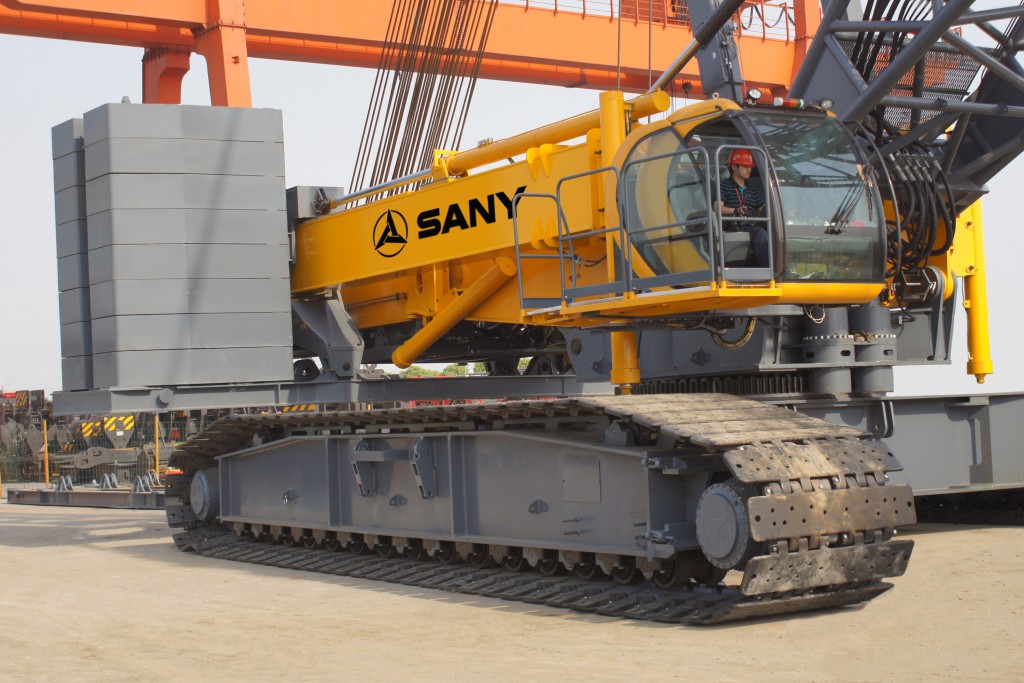 AfterÂ opening its investigation of the caseÂ more than a year ago, theÂ U.S. International Trade Commission has made an initial ruling in favor of Manitowoc in the crane manufacturerâ€™sÂ patent infringement lawsuit against Sany America.

The ITC ruled earlier this month that Sanyâ€™s SCC8500 crawler crane violates sectionÂ 337 of the Tariff Act of 1930, saying that Sany misappropriated ManitowocÂ trade secrets and infringes upon one Manitowoc crawler crane patent.

An illustration from Manitowoc patent no. 7,546,928 which covers the companyâ€™s Variable Position Counterweight technology.

The commission set a target date of November 19 to make a final ruling on the case. Should the ITCâ€™s final ruling come in Manitowocâ€™s favor, the company has requested a ban on theÂ import and sale of the Sany SCC8500.

Filed on June 12, 2013Â in Wisconsin, Manitowoc accused Sany crane engineer John Lanning of misappropriating the patents which deal with counterweight systems that balance and allow crawler cranes to â€œbe set up in completely different configurations for different purposes.â€

Lanning spent 24 years at Manitowoc before accepting a job offer from Sany in 2010.

According to court documents, Manitowoc employs VPC Â in its Model 31000 and the technology allows the counterweights toÂ move forward and away from the boom of the crane, rather than stationary on the ground.

Manitowocâ€™s lawsuit alleged, and the ITC ruled, that Sanyâ€™s 550-ton SCC8500 crawler employs the same technologyâ€” though under the new name of Auto Counterbalance Equalizationâ€”thanks to the hire of Lanning.

Manitowoc released the following statement regarding the ITCâ€™s ruling:

â€œManitowoc is pleased by the Judgeâ€™s favorable ruling and looks forward to receiving the Commissionâ€™s final order later this year. The notice issued by the Judge released only limited information. The company will provide additional information once the public version of the Final Initial Determination is issued.â€