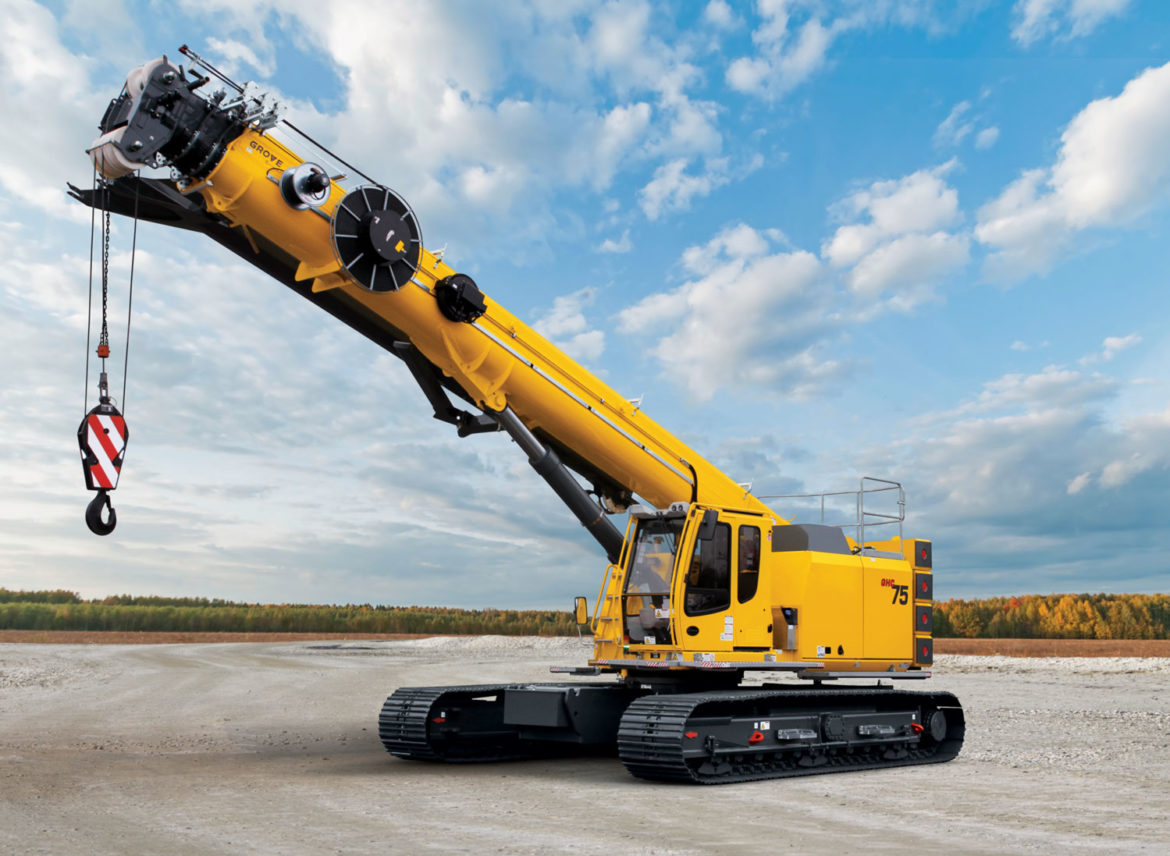 When Jackson-Cook Cranes was hired to erect high-voltage power line poles in Tallahassee, Fla., its first attempt to complete the job was with rough-terrain cranes. However, the site’s muddy, uneven terrain proved to be too much for the mobile crane to move through.

“The two rough-terrain cranes we brought in for this job, both got stuck for over a week, each time,” said Randy Crum, crane superintendent for Jackson-Cook Cranes. “We needed a more maneuverable crane to deal with the terrain.” The company rented a 75-ton Grove GHC75 telescopic-boom crawler crane from Ring Power Crane, which provided better maneuverability and stability on the site.

The project took place on the Tallahassee campus of MasTec, a Coral Gables, Fla.-based engineering firm. The GHC75 telecrawler erected a series of 100-foot-tall concrete poles, which varied in weight from 1.6 to 17.5 tons, lifting them to a height of 5 feet. The crane’s telescoping boom was fully extended to 118 feet for the duration of the job, enabling operators to take full advantage of the crane’s 100 percent pick-and-carry function. Because the crane didn’t need to be reconfigured for each lift, it saved the company time, and it was able to complete the job two weeks early.

“The GHC75 helped us to be more efficient,” Crum explained. “With its heavy-duty crawler tracks, we could immediately get to work without bringing in a matting crew, which we would have needed with other types of cranes. This saved us both time and money on the job.”

The overall experience of using Grove’s new telecrawler left a positive impact on Jackson-Cook, and the crane outperformed the company’s expectations. “If Jackson-Cook has a more consistent need in the future, I would consider permanently adding a GHC75 to our fleet now that I’ve had some quality seat time in,” Crum said.

The Beginner’s Guide to Crane Financing