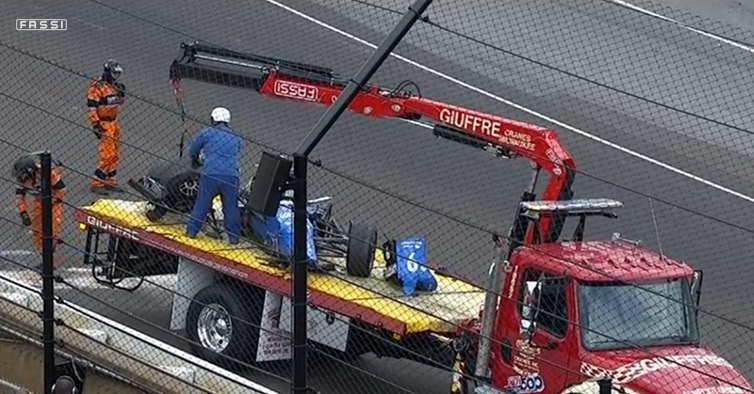 In late May at the 101st Indianapolis 500, a crash involving two cars occurred on the 53rd lap. No drivers or personnel were injured in the accident, but the cars had to be retired. The crash caused damage to the circuit’s catch fencing and stopped the competition at the Indianapolis Motor Speedway for 20 minutes. A recovery vehicle fitted with a Fassi F110A.0.22 knuckleboom crane with extra wide outriggers was on hand to clear the track and assist in the repair of the fence.

The Fassi light-duty crane and 33,000-GVW chassis, Freightliner truck were provided by Milwaukee-based Giuffre Bros. Cranes Inc., the official boom truck provider for Indianapolis Motor Speedway. This installation was the first of several sold to Giuffre Bros. for this application by Fassi’s U.S. dealer, Fascan International, Inc. Giuffre Bros.’ newest truck was on display in Fascan’s booth at ConExpo 2017.