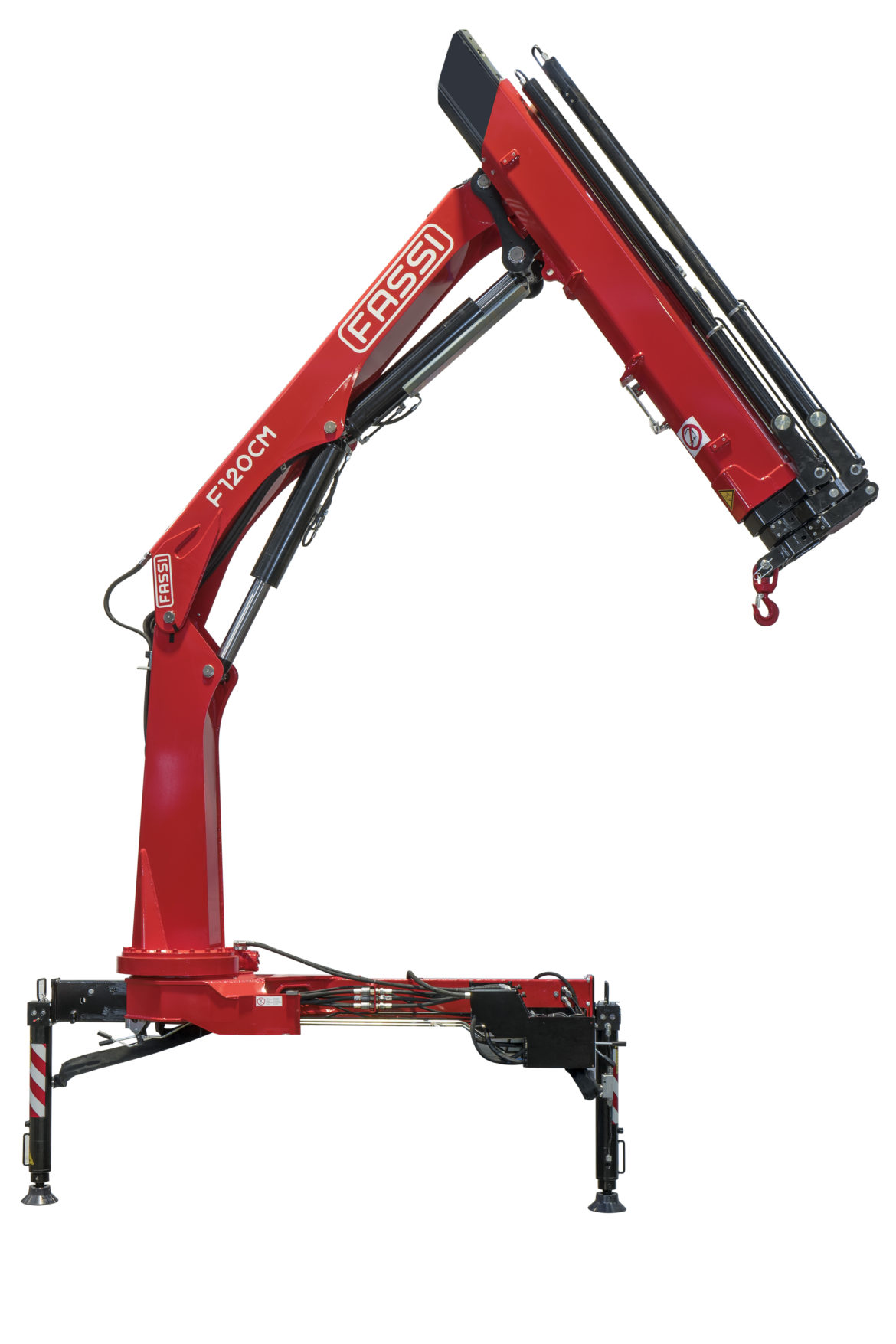 At World of Concrete and ConExpo, Fascan International, the U.S. distributor of the Italian-made Fassi Cranes, displayed the Fassi F120BCM.1 knuckleboom crane. The new series is currently made up of two models, the F120BCM.1.22 and the F120BCM.1.23, which have been developed specifically for the North American service body industry.

“The most prominent feature of the F120BCM.1 ‘corner mount’ crane is the off-center base,” said Bernie Faloney, president and CEO of Fascan International. “The column is placed on the right side of the outrigger beam to make the back angular installation on a truck much easier, freeing up space on the chassis, and speeding up expanding and retracting times during operations.” When installed, the crane will be mounted on a 33,000-pound GVW trucks with a single or tandem rear axle.

“The F120BCM.1 also features fewer welded joints, making it a stronger design and structure,” he said. Structural components are made out of bent steel with a welded closing plate, in lieu of four corners.

Ideal applications for this articulating crane model are maintenance and repair jobs in the utility, railroad, and heavy truck industries. “For example, [they can be used for] removing and replacing large engine blocks, removing substation components and transformers from utilities, and other similar tasks,” Faloney said.

Look for a variety of Fassi knuckleboom cranes for sale on CraneNetwork.com.

Crane Sales and Service Signs on as...