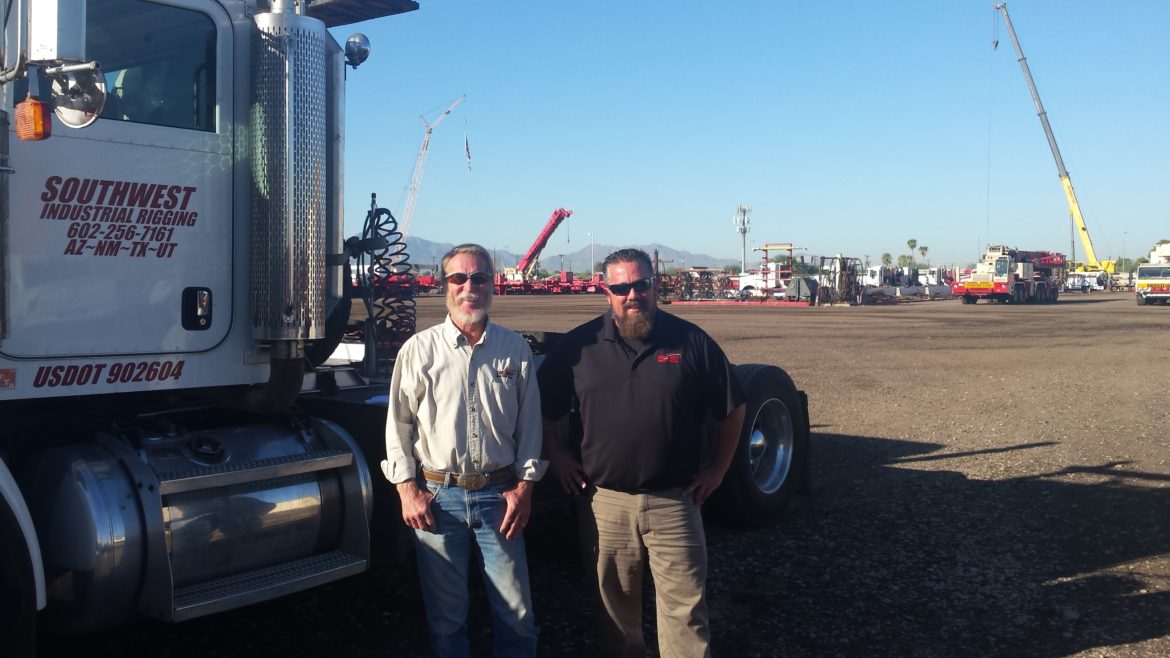 In this week’s Five Minute interview, Mike Madge, vice president of operations for Southwest Industrial Rigging, shares with Crane Network some of the developments within the company, how its cranes are staying busy this summer, and market conditions in the southwestern United States.

What are some of the current projects Southwest Industrial Rigging is working on this summer? 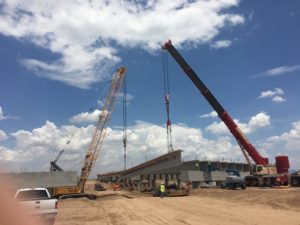 In the last two weeks, we’ve really ramped up work on the AZ-202 (South Mountain Freeway), where we’ve been setting the longest bridge girders in Arizona. We have 16 cranes working on the 202, ranging from 100-ton Tadano RTs to a 330-ton Liebherr LR 1300 crawler. The Tadano ATF 400G-4 that we bought at ConExpo also has been working on the 202 job, lifting bridge girders.

We’ve also been doing a lot of tilt-up panel work with the LR 1300s. One of the reasons why we bought the Liebherr was because the tilt-up panel market started picking up in Arizona at the end of 2016. There was really only one crane company in town doing it, and we bought the first LR 1300 to get into that market, which we had never been a part of before. The crane first went to work in Colorado on a hotel project before it came to Phoenix. We’ve been keeping it busy, going from one job to the next. Then we bought a second one, so we’ve been able to service a lot of tilt-up jobs in town with both cranes. Lately, one has been out on the 202 bridge job.

What is driving the tilt-up market in Arizona?

I think it is the fact that property values are going up. These jobs are all huge commercial properties and buildings that are 60,000 to 70,000 square feet, and just like the housing market, commercial is booming. The buildings will go up, and even if they sit vacant for six or eight months until a company rents it, they are finished when they are needed.

Are there any construction soft spots in Arizona?

Not that is affecting us. In 2014, it really slowed down, and 2015 was just OK. 2016 to now is booming with new construction of buildings and highways. One good thing about Arizona is the freeways are immaculate. They are also being expanded and rebuilt.

In your opinion, what is having the most significant effect on crane rental companies?

Subcontract agreements that we have to sign with every third-party company we do business with. We can’t continue to sign agreements that say basically everything is our fault. Something is going to have to give, and it will come to a head here soon for crane rental companies.

When did the acquisition of Modern Iron Works take place, and how is that going?

On April 1, Southwest Industrial Rigging’s parent company, HKB Inc., took over Modern Iron Works in Farmington, N.M. Modern Iron Works was an existing family-owned company. It has been in business for about 50 years and has five or six cranes. We bought the equipment along with the company name and have been working on building it up. It is located about 20 miles from the Colorado border and services the oil and gas market, which is new for us.

The former owners finished working for the company at the end of July, and we’ve retained the two operators who have been at the company for 19 and 23 years.

There are a lot of long-term customers that have been doing business with Modern Iron Works that we are continuing to do work with. The support of Southwest Industrial to provide more services will help to grow it.

DICA’s Cavity Pad Plus Outrigger Pads to Debut at ICUEE