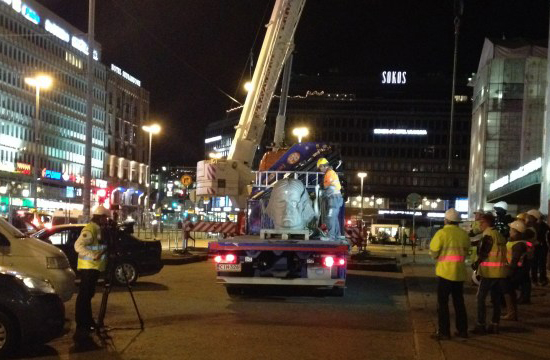 The famous LyktbÃ¤rarna guarding the main entrance to the main railway station in Helsinki will soon be back in their places.Â Man statues of granite has been stored in a storage room in nearly half a year, while the facade to the train station has been renovated.

On the night of Thursday, transported and lifted two “stone man” back in their places.Â The operation must be carried out at night because it required a large crane to lift the heavy stone statues.Â They have been stored in parts and just head weighs 1.5 tons.

Two granite statues are still in storage and return in a few weeks.Â
LyktbÃ¤rarna among the most famous statues in Helsinki.Â “Stone Men” was created by sculptor Emil WikstrÃ¶m and they were completed in 1914. 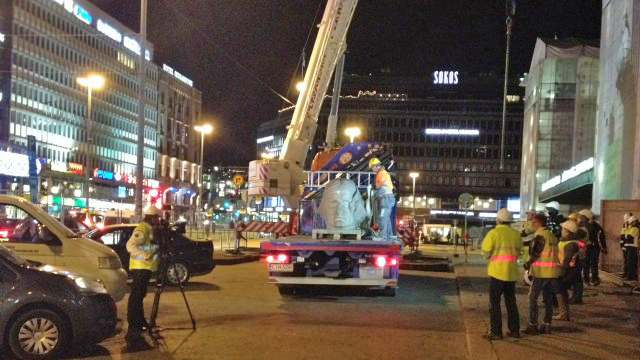