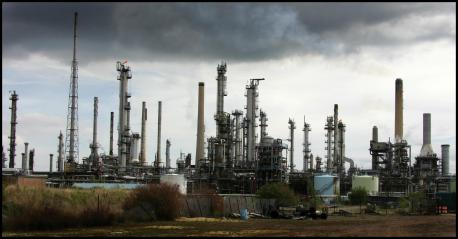 ESSO and one of its contractors have been ordered to pay hundreds of thousands of pounds after a sailor was crushed to death at Hampshireâ€™s Fawley oil refinery.

Father of three Juan Romero was working on a fuel tanker which had docked at the giant Esso-owned site in August 2008 when he was killed.

A fuel pipe fell on top of him when the jib holding it collapsed because of corrosion.

The court heard how contract firm Austin & McLean had failed to properly inspect the section of the 1950s-era crane before it gave way.

Refinery owner Esso Petroleum Company Ltd admitted a breach of the Provision and Use of Work Equipment Regulations, requiring owners of all work equipment to ensure it is maintained properly.

Austin & McLean pleaded guilty to failing to ensure the health, safety and welfare of non-employees.

A charge of corporate manslaughter was dropped by the CPS in June this year because it said there was insufficient evidence.

WinchesterÂ Crown court heard how Mr Romero, 40, from Honduras, had been working as a deckhand to pay for theÂ educationÂ of his three children, and that his wife Angelina had been left in â€œshock and distressâ€ by his sudden death.

Mr Justice Cranston said the contractors had failed to conduct thorough examinations â€“ but said Esso had been ultimately responsible because it should have ensured they were carried out. He said: â€œIn my view it cannot push all the responsibility on Austin & McLean.

â€œEsso had a monitoring role in ensuring outside contractors appointed to the task were satisfactorily carrying it out.

â€œIn my view Esso had to make a judgement not only in choosing its contractors but also of the effectiveness of Austin & McLean as it performed its contractual role.â€

Earlier Essoâ€™s barrister, Richard Latham, said the company had thought the contractor was competent and carrying out necessary inspections.

He also highlighted Essoâ€™s previously excellent safety record at Fawley and how Esso fully cooperated with the Health and Safety Executive investigation.

In a statement after the hearing Esso said it was â€œdeeply saddenedâ€ by the incident and that safety was a â€œtop priorityâ€, with a number of initiatives to ensure â€œcontinuous improvementâ€ on this front.

â€œEvery aspect of our culture today rests on our clearly stated corporate vision of a workplace where â€˜Nobody Gets Hurtâ€™.â€

Austin & McLean Ltd told of â€œtheir sincere condolences to the family and friends of Mr Romero for their untimely lossâ€.

In a statement, the firm added: â€œFrom 1997 Austin & McLean had been contracted by Esso to carry out inspections of lifting equipment at the terminal.

â€œThe part of the crane that failed was a â€˜pad eyeâ€™. A section of the pad eye was severely corroded but this corrosion could not be seen unless the crane was dismantled. The prosecutionâ€™s evidence found that pad eye had been in a corroded condition for in excess of 20 years before the incident.

â€œAustin & McLean was not responsible for the maintenance of the crane.â€