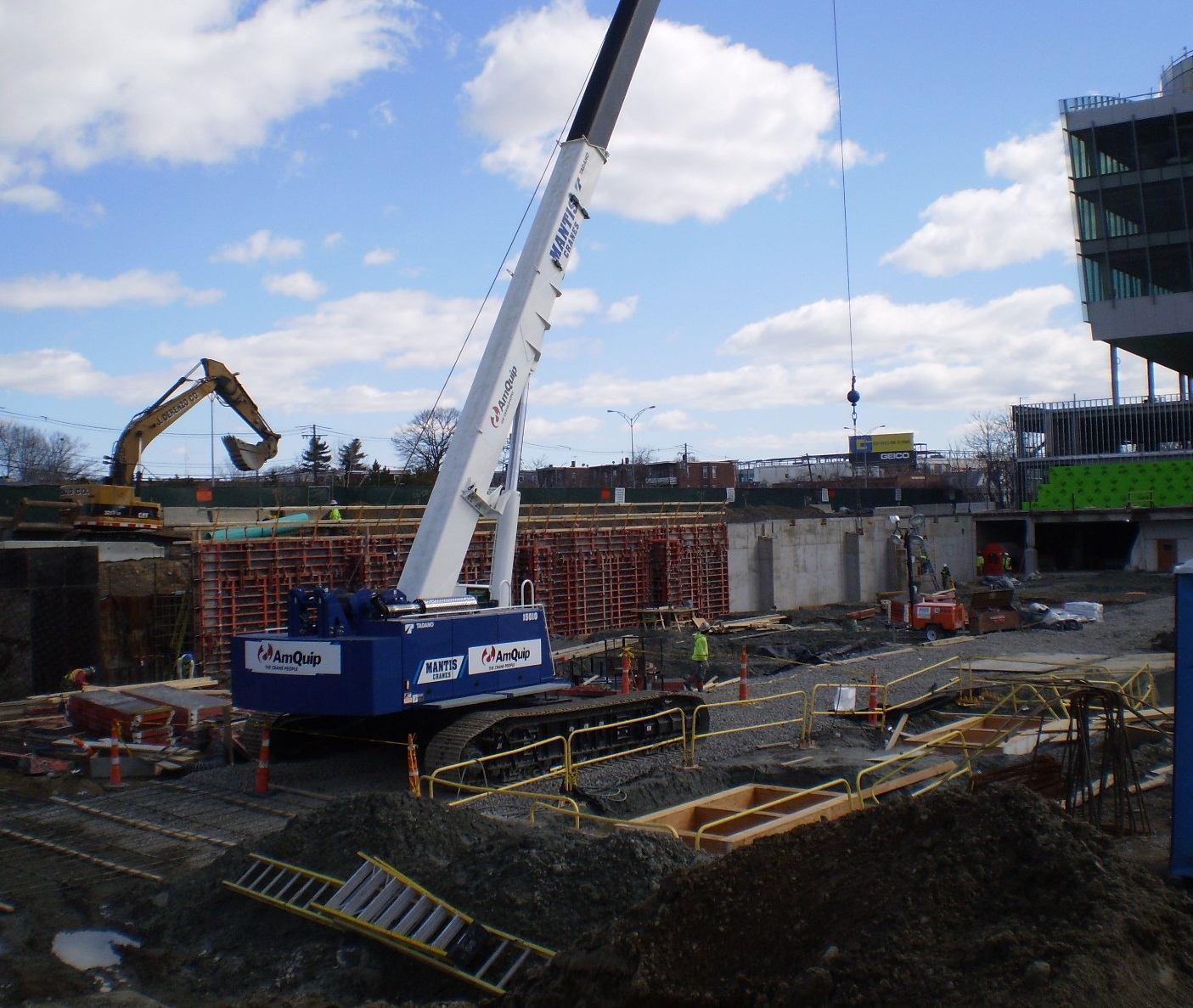 Jack Good of AmQuip rented the new Tadano Mantis 15010 for its exceptional flexibility onsite. The crane has a 111′ 6″ main boom making it the best choice for foundation work and it’s pick and carry ability.

Empire Crane Co., LLC was founded by brothers Paul & Luke Lonergan in January 2002 and has grown to become one of the largest premier crane dealers.

Raccoon drops in on Toronto crane operator – more than 210 metres up!