Raccoon drops in on Toronto crane operator – more than 210 metres up! 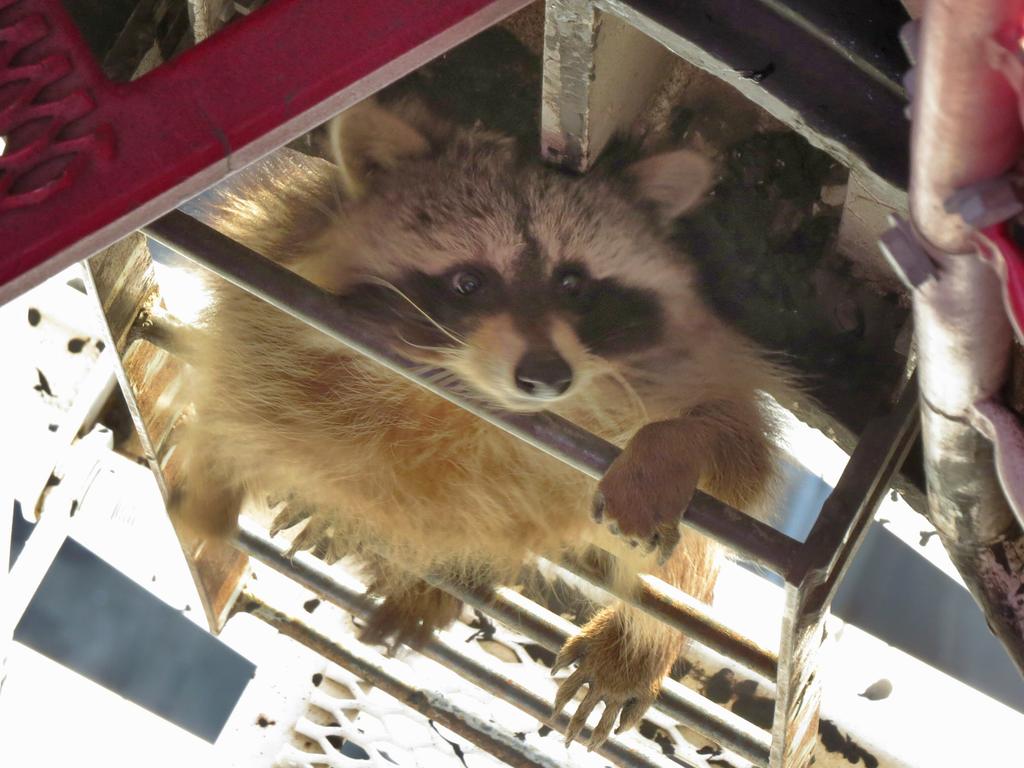 Torontoâ€™s trying to outsmart raccoons with tougher and taller green bins â€“ but apparently, constructions cranes are still within their grasp.

Crane operator Robert MacFarlane got a visit from a climbing creature on Thursday morning about 700 feet in the air on a crane at Yonge Street and the Esplanade. It came up the ladder to the counter jib, a part of the crane that balances the load to keep it from falling over. The animal was â€œtotally fearless and unintimidated by me,â€ Mr. MacFarlane said on Twitter (@SkyJacked793) , but he managed to shoo it down after a â€œhissing match.â€ 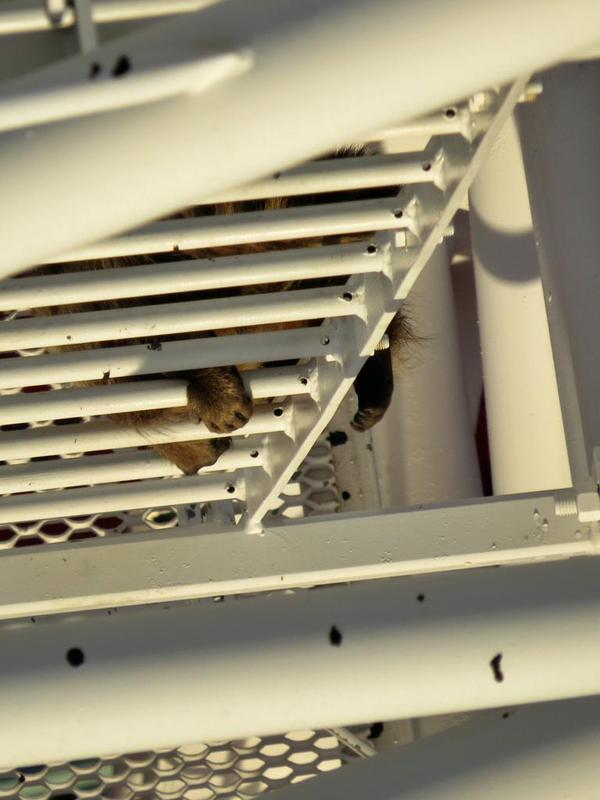 @Belgraves: My guess is s/he doesn’t do “down” very well on a steel ladder.
@SkyJacked793: Piece of cake, face down or face up 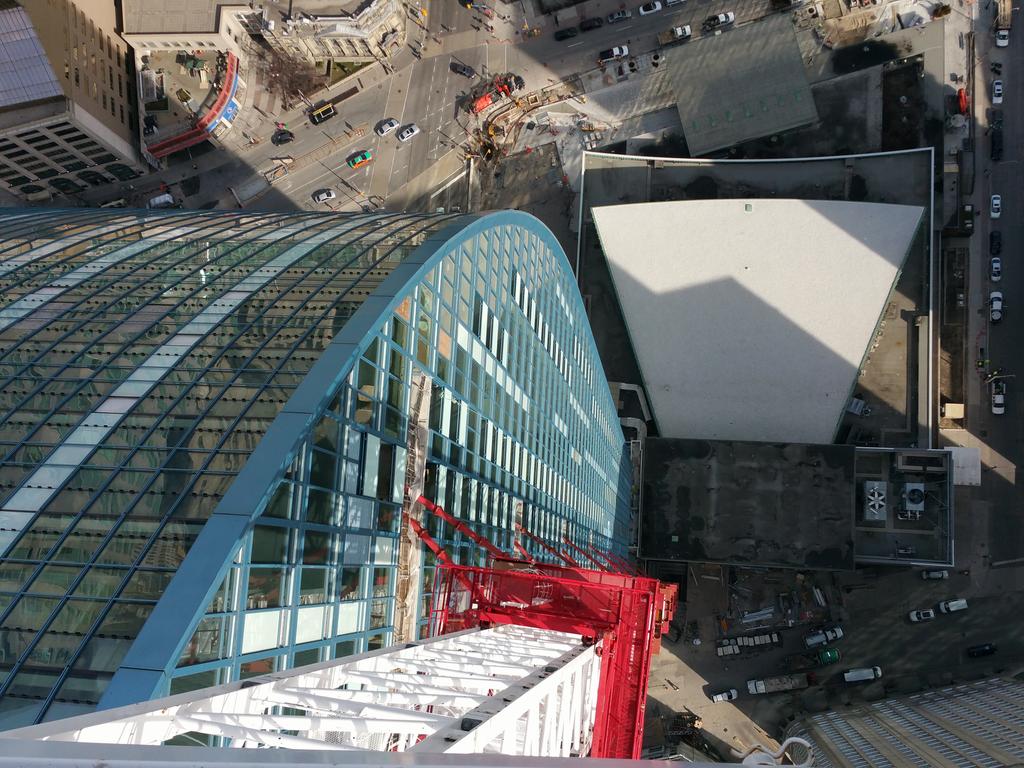 @SkyJacked793: The raccoon climbed about 213 metres

Mr. Macfarlane, a veteran crane operator who has more than 9,000 Twitter followers, has been sharing dizzying views of the Toronto skyline on social media since 2013.

It isn’t the first time raccoons have made themselves a nuisance to construction-crane operators. In one 2013 incident, a pair of raccoons climbed 45 metres onto a Seattle tower crane and began making a nest behind its cab. Construction work halted while animal-control experts tried unsuccessfully to catch them, until they left on their own a day later.

The confrontation comes only a week after Toronto Mayor John Tory declared war on â€œraccoon nationâ€ with bins whose twist-type latches are considered harder for raccoons to open.

Raccoon drops in on Toronto crane operator – more than 210 metres up! was last modified: April 16th, 2015 by Ron Selby