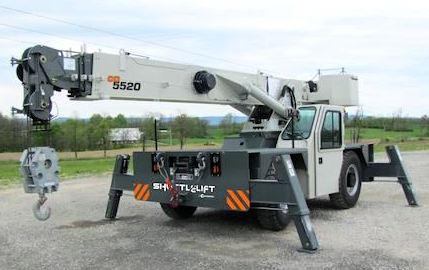 US crane and parts distributor Empire Crane has taken delivery of one of the first 18 tonne Shuttlelift CD5520 carry-deck cranes.

Empireâ€™s new CD5520 made an appearance on the Manitowoc stand at Conexpo, prior to final delivery. It boasts a four section 16.6 metre main boom with a three position (0, 40, 80 degree) pivoting boom noise. A 4.6 metre fixed swingaway or 4.6 to 7.6 metre telescopic extension offers a maximum tip height of 23.1 and 26.2 metres respectively. Featuring a three-mode steering system it can pick and carry just over nine tonnes. Replacing the CD5560B, its overall dimensions are 7.12 metres long, 2.72 high and 2.47 wide.
Empire vice president Luke Lonergan said: â€œWe always buy the latest and greatest cranes for our customers. With its 20 ton capacity and best-in-class boom length, we are confident that the CD5520 will sell very quickly.â€ 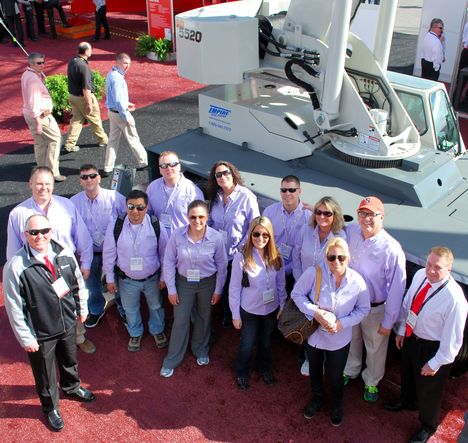 The Shuttlelift team in front of the Empire Crane’s new CD5520 on the Manitowoc stand at Conexpo.

Empire was founded by brothers Luke and Paul Lonergan in 2002 and now operates across three locations in the North East of the US. It is currently the approved distributors for Grove /Shuttlelift, Terex Cranes, Tadano-Mantis and Manitex.