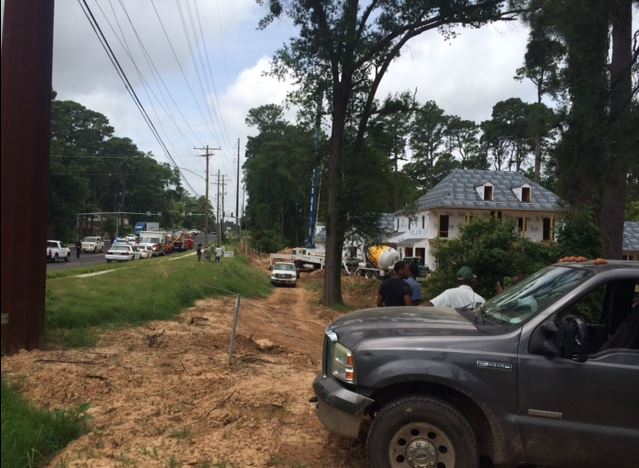 A young construction worker is listed in critical condition after being electrocuted while on the job Monday morning in Shreveport.

The 24-year-old, an employee of PPT, Inc., is being treated in the ICU at University Health Shreveport.

When firefighters arrived at the scene near the intersection of E. 70th Street and Querbes Drive, the man had no pulse and wasn’t breathing. His heart began to beat again en route to the hospital.

It all began around 11:30 a.m. as a PPT work crew was pouring a concrete retaining wall. The injured man was holding a tag line in the bucket of a crane, which hit a high-voltage power line during a lift.

It left him suffering from what police called “severe electrical shock.”

An employee described PPT as a construction company. They have declined to release the injured worker’s name. 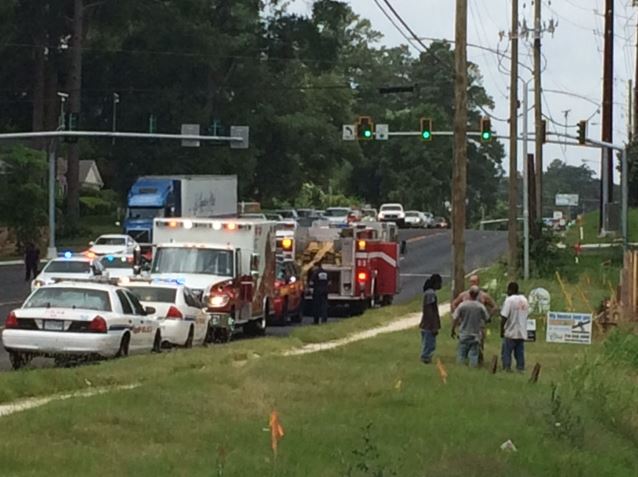 A 24-year-old man is listed in critical condition at UHS after being electrocuted Monday on the job.

Police on the scene say the man was operating a crane while the crew was pouring a concrete retaining wall.