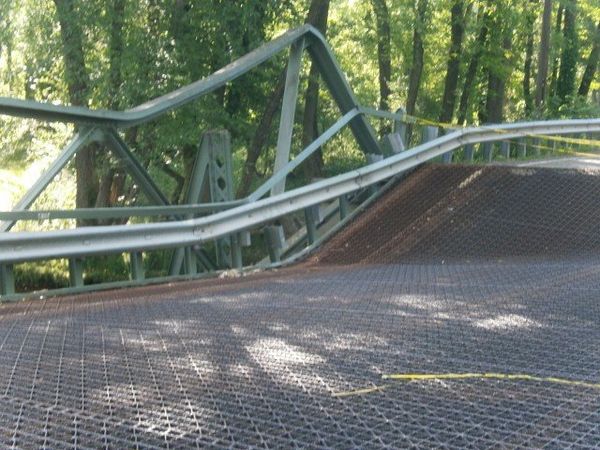 KINGWOOD TWP. â€” The owner of the overweight crane that caused a steel-truss bridge on Route 519 to collapse is due in Kingwood Township Municipal Court next month to answer the three summonses issued to the company.

The excess weight could result in a massive fine; the ticket says the vehicle was 90,500 pounds overweight. According to the law, the penalty for violating it is $530 plus $100 for each 1,000 pounds over.

Sky-Hy Erectors & Equipment of South Plainfield is charged with operating a crane that was 45 tons overweight, as well as too wide for the road. The company, which also uses the name Sky-Hy Crane and Rigging, is also accused of operating the vehicle without getting the special permit required because of its weight.

The company, as crane owner, is the party charged and not the driver, whose name was unavailable from State Police. Troopers impounded the crane after the June 12 accident and found it to weigh 170,500 pounds or about 85 tons, according to the summons. State motor vehicle regulations require than any vehicle and its load weighing more than 80,000 pounds (40 tons) first get a special permit.

The crane was 115 inches wide, according to the summons, while the general state limit is 102 inches.

This truck stopped shortly after the overweight crane it was following caused the bridge to collapse, officials said.County of Hunterdon

Hunterdon County will be seeking compensation for the damage to the bridge, which engineers believe will have to be replaced with a new structure.

Before a permit for an oversized truck is issued, the various entities along the proposed route must be notified so they can see if their roads and bridges are appropriate, according to Tom Mathews, county director of Public Works. This was not done and the county, if asked, would not have allowed that route, he told the Freeholders last week.

The ruling would have been based on a bridge inspection, done every two years, that showed â€œthe bridge cannot handle thatâ€ load, he said.

Sky-Hi did not respond to a request today for comment. According to Dawn Augustine, Kingwood Municipal Court Clerk, the case is set for a first-appearance hearing on Thursday, July 17, at 5:30 p.m. She has not heard from the company on whether it will fight the charges. They were filed by a State Trooper in the Commercial Carrier/Safety Inspection Unit, which enforces size and weight laws.

There is no weight limit for the bridge, which is just north of the Route 651 (Byram-Kingwood Road) intersection, but the state permit regulations for vehicles weighing more than 40 tons nevertheless apply, Mathews said.

The accident took place June 12 around 2:30 p.m. The driver of a tractor-trailer from Sky-Hy, following the crane with rigging and other equipment, saw the bridge caving in and “was able to stop in timeâ€ before going very far over it, Mathews said in an interview.

The crane was headed to a one-day job putting up a cell phone tower in Delaware Township, he said.

The county will likely have to replace the bridge; a two-year project, he said. Some sort of a temporary â€œfixâ€ is being considered. In the meantime, a detour takes motorists over Kingwood municipal roads. 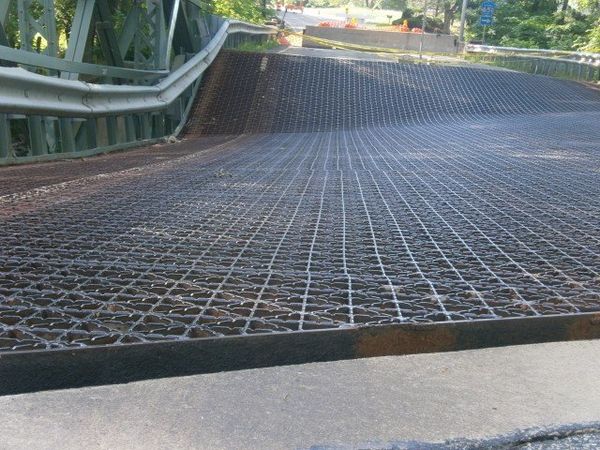 A bridge on Route 519 in Kingwood Township is closed after an overweight crane collapsed it June 12, 2014.

Crane that collapsed bridge was 90,500 pounds over permit was last modified: June 24th, 2014 by Ron Selby