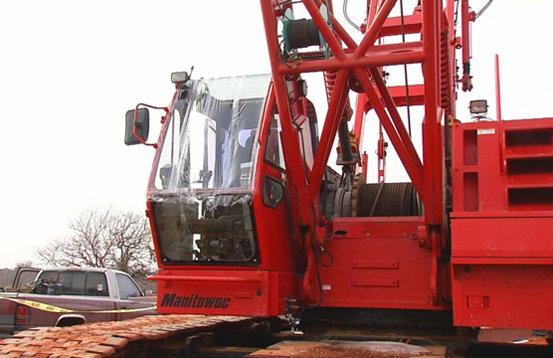 One construction company is out tens of thousands of dollars after thieves hot wire one of their cranes and steal several pieces of their equipment.

It happened over the weekend on a construction site near NE Grand Blvd. and I-35. 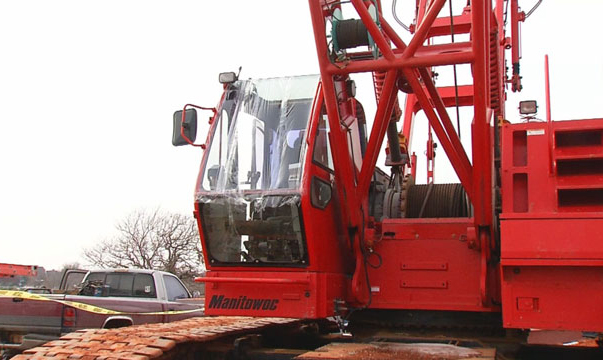 Jennings is noticeably upset. There’s still glass on the ground, and plastic covering his crane’s windshield.

“Basically they smashed out our windshield, climbed in, and ripped all of our panels off,” said Jennings.

They also managed to rip out the ignition; all so they could steal a welder, which was suspended high above the ground to keep it from getting stolen in the first place.

“Someone had to have known how toÂ operate a crane, because there are so many functions,” said Jennings. “You would have to know what you are doing. If not, you could turn this crane over, flip it over backwards, anything.”

They not only got away with All Steel’s welder, but some of their ladders and welding lead cable too. It will cost the company more thanÂ $55 thousand to replace everything that was taken and damaged in the process.

“It’s going to cost us quite a bit of money to get the crane fixed to where we can operate it again,” said Justin Taylor, the safety manager for All Steel. “We’ve already ordered the glass for it to get it replaced. We have to get a new ignition. It’s just tons of money to replace this kind of stuff!”

According to the police report, it looks like the suspect wore Latex gloves or other gloves during the hot wiring, since officers were not able to lift any prints.

All Steel is offering a reward for information leading to an arrest.