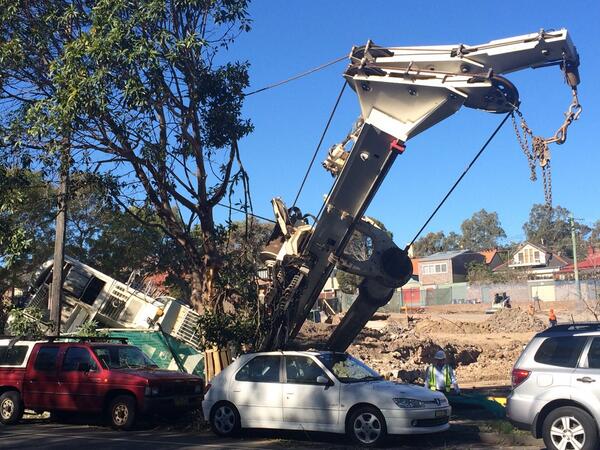 Chaos on a busy inner-Sydney street has been narrowly avoided after a crane toppled on a construction site on Friday afternoon.

Police say the crane was driven into a ditch, causing it to fall at the site on Alice Street in Newtown.

“The operator was moving the crane when it has gone into a ditch, toppling and landing near the roadway,” a police spokeswoman said.

The crane driver was not hurt and there were no other reports of injuries, she said.

WorkCover had been notified of the accident and local traffic diversions were in place.

Editor NOTES: This looks to be a drill rig / pile driver instead of a crane. Â Ground conditions is my guess. 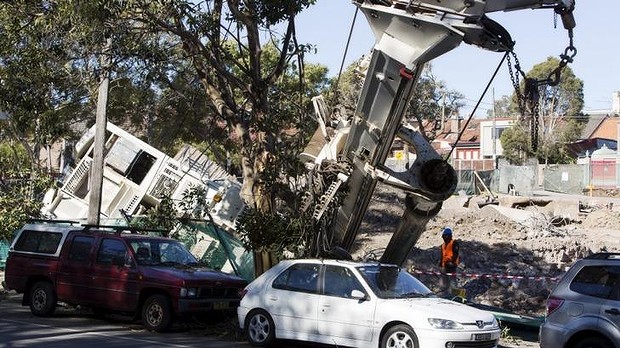