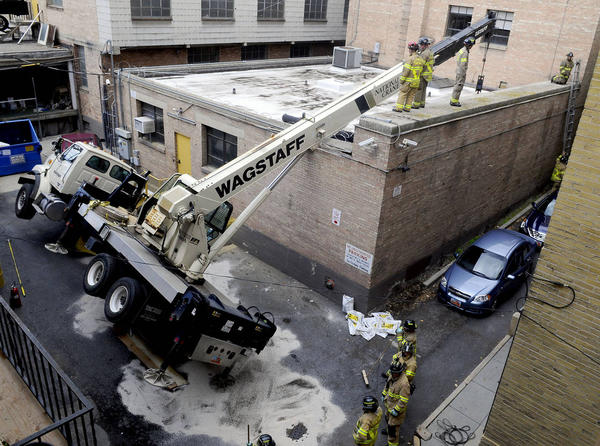 ALT LAKE CITY â€” A crane thrown off balance tipped Tuesday into a building, spilling fuel and forcing the evacuation of two buildings.

“They were installing air conditioning units on the roof, and gravity took its toll,” Salt Lake City Fire Spokesman Jasen Asay said. “The crane tipped over and fell into the building.”

The crane was working near 120 South and 300 East just after 1 p.m. when it tipped over, Asay said. The building, Global Consulting International, was evacuated as a precaution, as was a neighboring apartment building.

A hazmat team cleaned up an estimated 20 gallons of fuel that sloshed out of the crane, Asay said.

A second crane was called in to pull the off-balance machine upright again. No injuries were reported, Asay said.

On initial inspection, damage to the building appeared minimal and it was found to be structurally sound, he said. 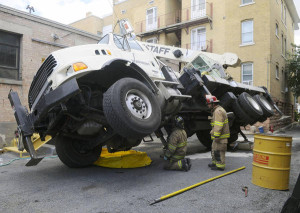