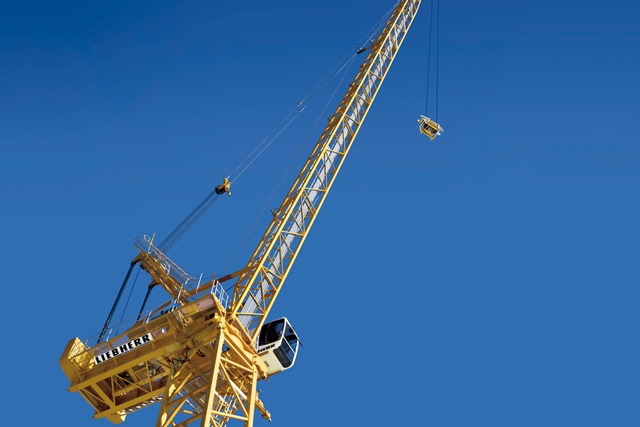 Tower cranes are starting to appear on the skyline of Britainâ€™s major cities beyond the capital.

While construction continued in London throughout the economic collapse, cranes all but disappeared in regional cities. A new survey, however, indicates an improvement in developer sentiment and a resurgence in construction activity across five major city centres.

Deloitte Real Estate has taken a count of cranes at work in Birmingham, Manchester, Leeds, Edinburgh and Glasgow. Its UK Cities Crane Survey found an increase of 80% in the number of new schemes starting construction over the last 12 months compared to last year, with 45 new projects recorded across the five cities.

â€œWe have recorded construction increases in office space and student accommodation as demand for both continues to rise. Similarly city centre residential is beginning to appear back on the agenda with a number of schemes breaking ground.â€

The commercial office market is described as on the cusp of a new development cycle with 11 new office construction starts. This represents the largest number of new starts in five years, and is set to deliver 837,000 sq ft to markets that have seen little development over recent years.

Anthony Duggan concluded: â€œThe thrust of development activity this year sits with Manchester, Edinburgh and Glasgow, but the results are generally good news across the board with four out of five cities showing an increase in new starts compared to just one city in 2012. Residential development has seen a two fold increase with 1,400 units under construction, although this is still comparatively weak compared to the height of the market. Sentiment is certainly returning amongst home buyers and residential developers, with the help of government backed initiatives.

â€œThis increase in construction is unlikely to be a one-off.Â  With an improving residential demand, supply shortages appearing in a number of the commercial property sectors and signs of increasing activity from investors in regional commercial real estate. It looks like we will see more development activity over the next 12 months.â€