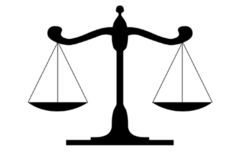 A group of construction industry associations have filed a lawsuit against the Department of Buildings (DOB) of the City of New York and its commissioner Rick Chandler, in the USA, over new orders and regulations for crane operations.

The Commissioner’s Orders and regulations were introduced in response to a February 2016 crawler crane incident in New York City where one person died when a crane collapsed. Among other things, the group of six associations allege that the new regulations include “dangerous and onerous ‘crawler crane safety requirements,’ all of which lack any rational basis.”

A focus of the suit is the 30 June 2016 Commissioner’s Order, known as the June Order, “which adopted many of the Working Group’s recommendations, including the 30 mph rule; it also contained new and extensive additional regulations for crawler cranes.” The 30 mph rule prohibits operation of crawler cranes in winds above that speed. The suit describes this as “arbitrary and capricious. DOB can point to no engineering or scientific study and no other municipal, state or national regulatory scheme that has found that crawler crane operations somehow become unsafe at 30 mph and, by inference, are safe at 29 mph.”