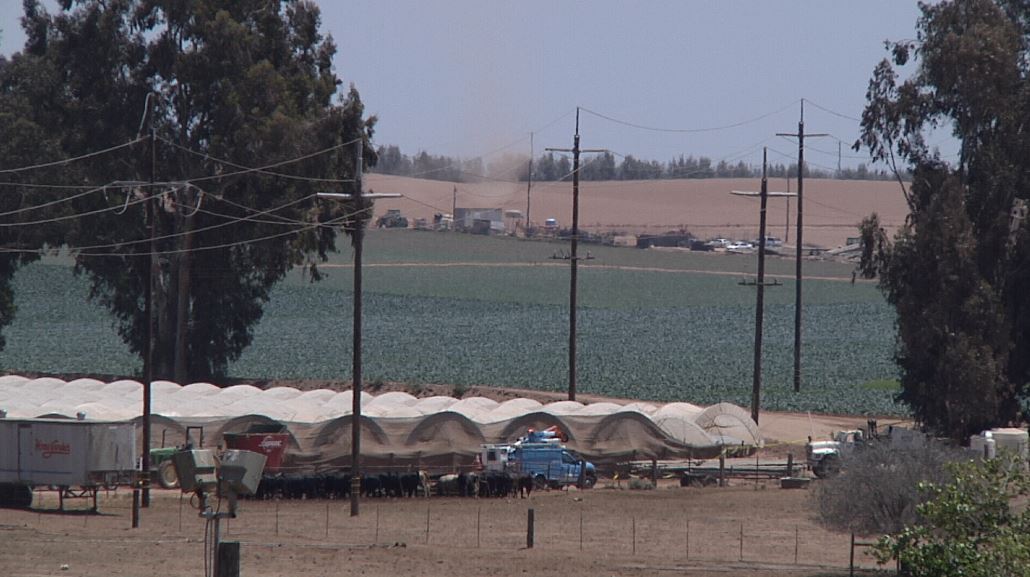 PG&E says a crane came into contact with an overhead electrical power line in Santa Maria over the weekend, causing a man to be electrocuted.

The incident happened around 11:30 a.m. Saturday in the 3500 block of Dominion Rd. in Santa Maria.

One man was pronounced dead at the scene, and another man was sent to the hospital for major injuries to his hands and feet after being shocked.

There weren’t many witnesses, if any. The incident occurred on private property in a rural part of town.

Along with Santa Barbara County Fire, PG&E also responded to Dominion Rd. on Saturday to help with the live electrical wire. PG&E said the men were not PG&E employees.

“This is a very unfortunate accident,” PG&E spokesperson Blair Jones said. “And our thoughts and prayers are with the individuals and their families.”

On its website, PG&E has safety tips available to help anyone who might by working or operating equipment near power lines.

The company asks you call 1-800-PGE-5000, to ask any questions you may have regarding above-ground power lines.

If you’re about to do any kind of work underground, including landscaping, removing a tree, or putting in a new building, PG&E has a number for that too. If you dial “811”, representatives will look for any underground utility lines and mark them with flags or with spray paint so you can avoid them.

“It’s important to call 811 before you dig,” Jones said. “And have professionals come out, and they can survey and make the area where electric lines, or gas lines, or water lines, may be located underground on your property.”

Santa Barbara County Sheriff’s officials have not yet released the name of the man who died after he was electrocuted.