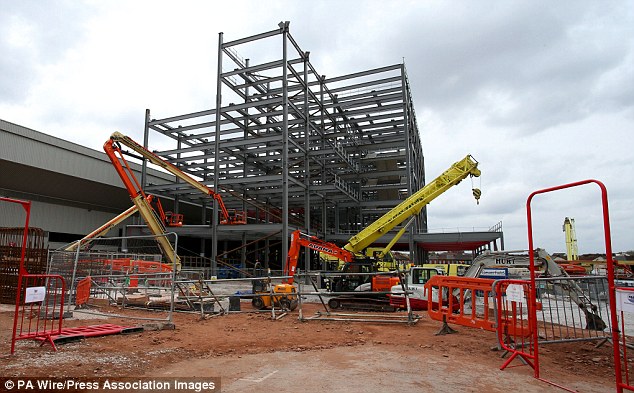 Work on Liverpoolâ€™s new Main Stand has ramped up following the close of the 2014-15 Premier League season with a time-lapse video showing how far it’s come and a framework of what fans can expect in the near future.

The video released on the Redsâ€™ official website,Liverpoolfc.com, shows a 650-tonne crane lifting a large piece of metal that will help form the truss to hold the Anfield standâ€™s new roof.Â

After Liverpool defeated Southampton 2-1 in their final home game of the season, a section of the stand built in the 1980s has been knocked down while the clip shows a number of other additions being made.

By the end of the work, new and old constructions will be merged and increase the capacity of the stand alone to more than 20,000.

Liverpool announced the project in 2014 and builders Carillion started work their on January 8 with progress being made at great speed.

It is expected the Main St

and will be completed midway through the 2016-17 season at an overall cost of around Â£260million.

The inside of the Main Stand, being redeveloped by building company Carillion, is taking shap