Crane from 1860’s being restored in Pennsylvania (cool pixs) 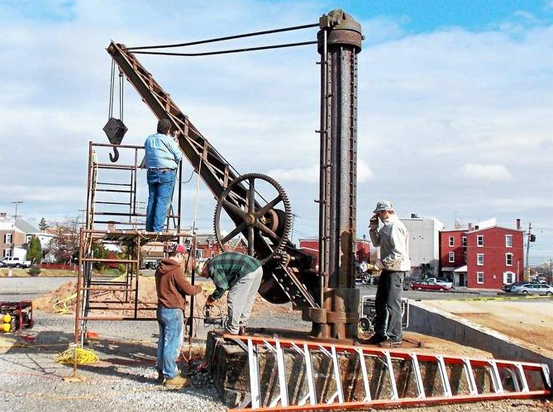 On Wednesday, Nov. 6, volunteers and members of the trust began blasting the rust away from the historic iron crane which resides in the freight yard.

At the April 1 Boyertown Borough Council meeting, Roger Lehmann, of the Berks-Mont Business Association, spoke on behalf of the Trust for the councilâ€™s permission to move forward with the railroad projectâ€™s concept plan by beautifying the crane. 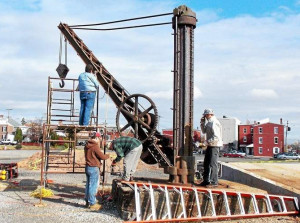 1855: Phoenix Iron Company located in Phoenixville, Pennsylvania, was a manufacturer of iron and related products during the 19th century and early 20th century.

Â Following discussion, the council has authorized the installation of dirt, planting of flowers and grass, and sandblasting the crane located in the railroad year.
Â â€œItâ€™s a preservation job,â€ said Preston McEvoy, project coordinator and corporation secretary, on site at the crane clean-up on Nov. 6. In regards to how it has been going, McEvoy says, â€œItâ€™s been fantastic.â€

According to McEvoy, the crane was made between 1862 and 1870 and may be only one left of its kind using a Phoenix column made by the former Phoenix Iron Company of Phoenixville, Pa.
Full Article Here 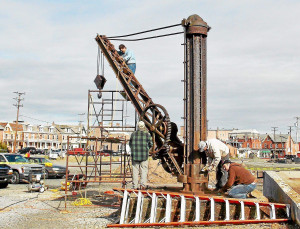 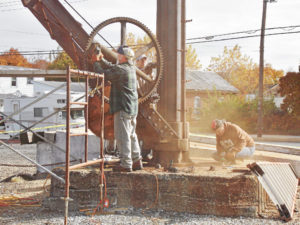 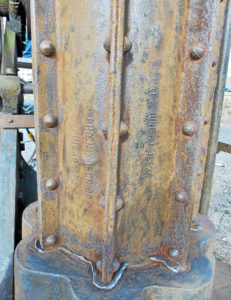