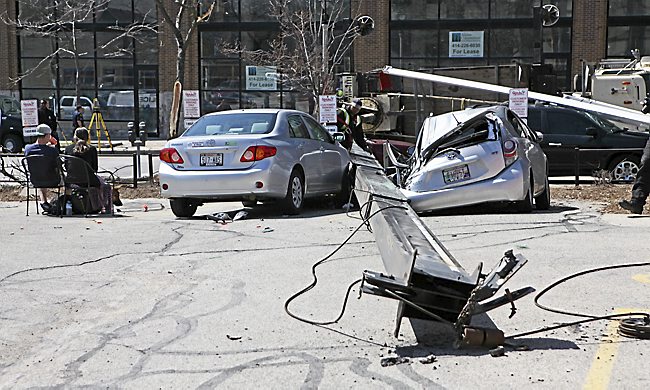 A crane collapse has damaged four vehicles in Milwaukee, but no one was seriously hurt.

A strong gust of wind apparently caused the crane to tip on its side Friday afternoon on Milwaukee’s east side.

Police say two people inside one of the cars were injured but did not seek medical attention. The three other damaged vehicles were unoccupied.

Witnesses tell the Milwaukee Journal Sentinel the crane was lifting about a half-dozen beams when the crane tipped over and its arm landed on top of a car with two occupants.

Tollefsen Steel and Fabrication of Muskego, which owns the crane, says none of its employees was hurt. The company had no further comment.

A crane lies on its side on Milwaukee’s east side on Friday, May 9, 2014. Two people, left, who were with their dog inside one of the cars were injured because of the fall but didn’t seek medical attention, according to police. Three other damaged vehicles were unoccupied. (AP Photo/Milwaukee Journal Sentinel, Michael Sears) 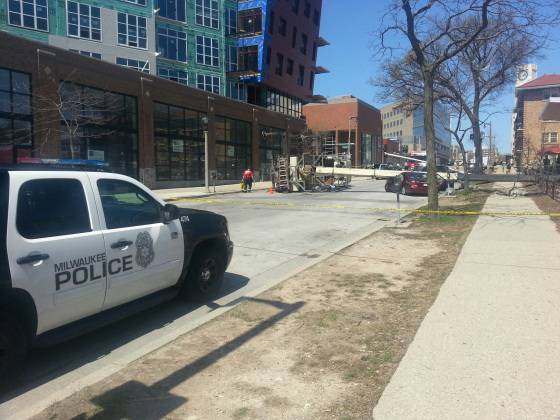 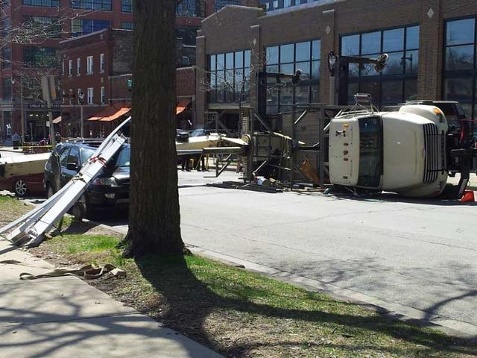 Crane collapses on cars in Milwaukee (video) was last modified: May 12th, 2014 by Ron Selby